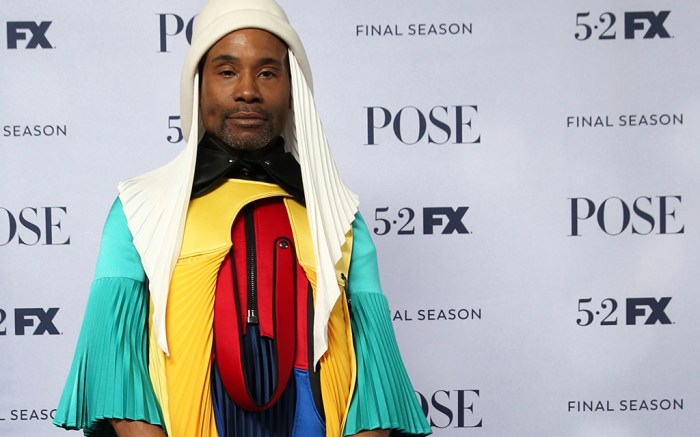 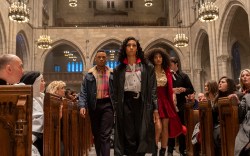 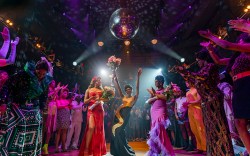 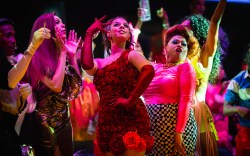 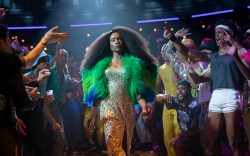 It was the premiere of “Pose’s” final season on Thursday night in New York, and the cast was able to celebrate with an in-person red carpet event.

At the 2020 Emmys, Porter was nominated for Outstanding Lead Actor In A Drama Series for his performance as Pray Tell in “Pose.” He took home the trophy the year prior, marking the first time an openly gay Black man has ever won in the category at the Emmy Awards.

“Pose” features the largest cast of transgender actors in series regular roles, including Mj Rodriguez, Dominique Jackson, Indya Moore, Hailie Sahar and Angelica Ross, who co-star alongside Porter. It also includes the largest recurring cast of LGBTQ actors ever for a scripted series.

Another standout look from the “Pose” premiere came from actor Jeremy Pope, wearing the woven Metal Bowie tank from sustainable designer Natalia Fedner. He completed the outfit with a black pants and sculptural United Nude booties.

The final season of “Pose” premieres on FX on May 2.

To see the costumes from the show, click the through the gallery.