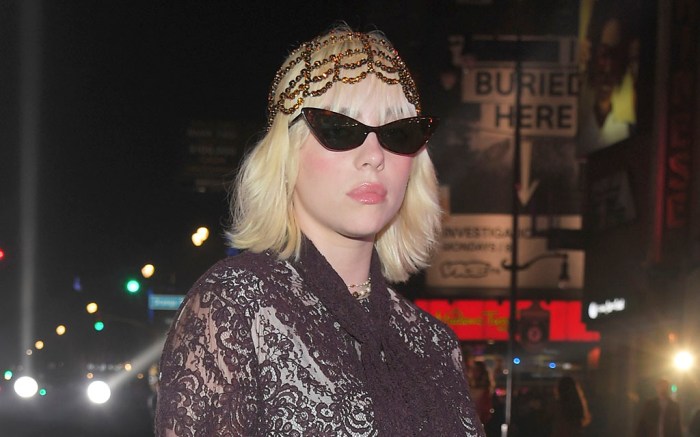 Billie Eilish was among a boldface roster of guests who attended the Gucci Love Parade fashion show on Tuesday night in Los Angeles. The Grammy winner arrived wearing a burgundy floor-length gown that featured lace detailing throughout. She also added a scarf that draped down to her ankles. Eilish covered her short platinum blond tresses with a bedazzled headpiece.

She tied her look together with a pair of brown cat-eye sunglasses. For footwear, she opted for a pair of platform sandals that matched her outfit in the same hue.

Eilish has proved that she has a flair for fashion. The 19-year-old superstar has transformed her style since hitting the scene in 2015. Early on, her signature look — sneakers, baggy silhouettes, logomania and occasional pops of vibrant color — created a lot of buzz because it melded classic hip-hop with goth and skater influences.