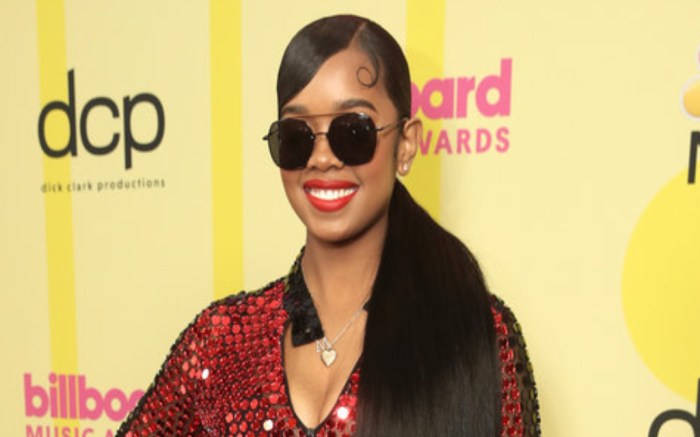 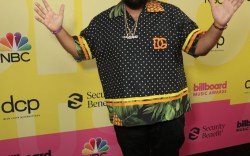 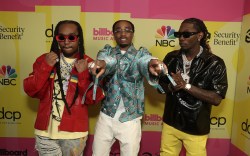 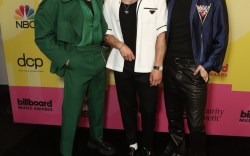 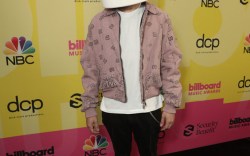 Get ready for a night of music and style.

Your favorite celebrities have brought glamour to the red carpet at the 2021 Billboard Music Awards at the Microsoft Theater in Los Angeles.

Making a sparkly entrance, H.E.R. stepped out in a red sequin jumpsuit from Christian Dior. The look featured a sporty-inspired flare as it was designed with a black stripe down the arms and leg. The jumpsuit was finalized with a zip-up closure. The songstress accessorized with sunglasses — a signature piece for the star and styled her hair in a sleek side ponytail. As for footwear, H.E.R. opted for classic black peep toe heels.

H.E.R. wasn’t the only lady in red. Kehlani also sparkled her way into the evening with a look from Tony Ward. Her ensemble included a princess sleeve top that was styled with a jeweled bra and finalized with a floor-length skirt that featured sheer paneling at the sides. Kehlani completed her look with strappy sandals.

Pink, who is being honored tonight with the Icon Award, fittingly wore a whimsical fuchsia dress that featured a dainty tie at the waist.

Alicia Keys also sported the hue, wearing a vibrant two piece. The look featured a crop top that was adorned with giant ruffled sleeves that cascaded down past her feet. The number was finished with a skirt that also featured a train.

Saweetie kept things peachy, opting for a dramatic ruffled gown in the fruity hue from Giambattista Valli. The sleeveless dress featured flower petals at the chest and a high-slit that was finalized with tulle. As for footwear, the “Tap In” rapper sported a pair of metallic pointed toe pumps.

Adding a bit of contrast, Doja Cat stepped out in black and white stripes. Her look included a bandeau top that featured fan-like sleeves. She teamed the summery piece with a pair of coordinating wide-leg pants that covered her footwear.

Singer Iann Dior suited up in a classic white blazer and sleek tailored trousers. He styled the set underneath a paint-adorned trench coat and diamond chain necklaces. Giving the idea of suiting an upgrade, Dior decided on a pair of metallic boots.

Click through the gallery to see more looks from the 2021 Billboard Music Awards.