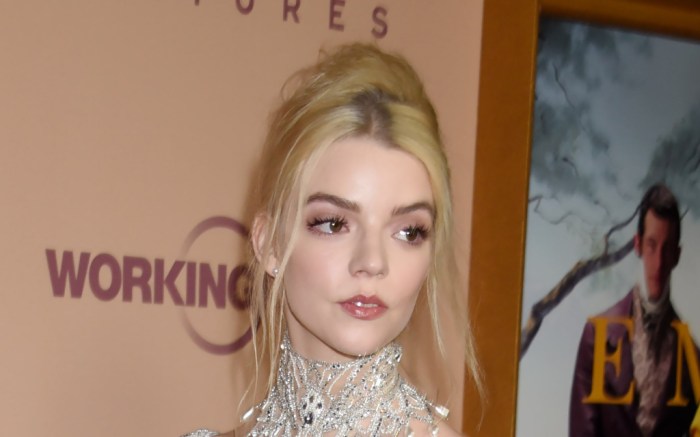 Anya Taylor-Joy dressed up as the daintiest “berry” at the Critics’ Choice Awards 2021.

For Sunday’s ceremony, Taylor-Joy wore a whimsical tulle gown from Dior that came in a deep purple hue. The dress featured a sheer top and flowing skirt. Taylor-Joy teamed the dress with coordinating gloves, giving the ensemble a regal touch. The actress finalized the look with plum lipstick and dangling earrings.

Tonight was a big one for Taylor-Joy as the star took home Best Actress in a Movie/Miniseries for her role in Netflix’s “The Queen’s Gambit.”

Joy’s victory comes after she won Best Actress in a Mini-series or Motion Picture at the Golden Globes Awards last weekend. That night, Taylor-Joy wowed in a green lurex draped dress with a matching belt and evening coat — also from Dior.

The ensemble took 300 hours to make and was paired with matching glittering green pointed-toe pumps and jewels from Tiffany & Co.

The Critics’ Choice Awards are currently airing live at 7 p.m. ET on the CW. The show can also be streamed live on Hulu, fuboTV and Sling TV. Taye Diggs is hosting this year’s ceremony, making it his third time in a row. The actor will be emceeing live from the stage of Barker Hangar in Santa Monica. Aside from fashion, the night will certainly be a big one for Netflix. The streaming platform is up for 72 nominations. Included in the nominations are Amanda Seyfried, who is up for Best Supporting Actress for “Mank” and Zendaya, who is also up for Best Actress for her role in “Malcolm & Marie.”

Click through the gallery to see more looks from the Critics’ Choice Awards 2021.