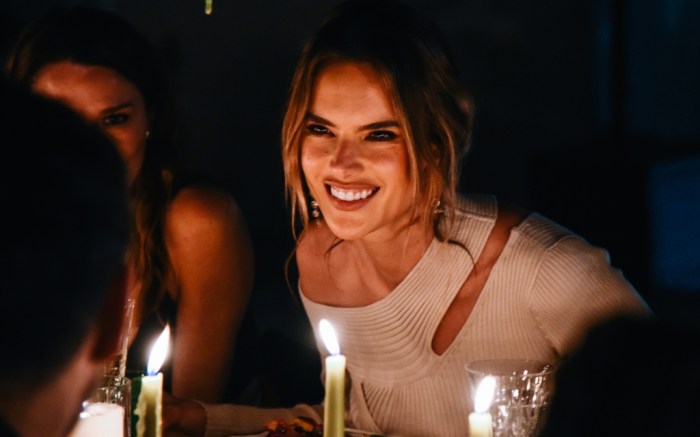 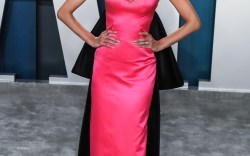 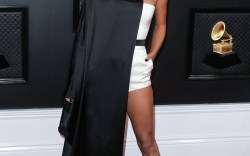 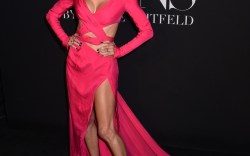 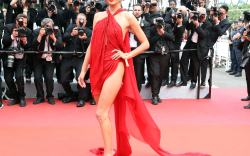 Alessandra Ambrosio was among the guests who attended the Saks x Jonathan Simkhai footwear launch dinner party in Los Angeles on Thursday night.

The former Victoria’s Secret Angel, 40, opted for a head-to-toe neutral-toned outfit for the occasion, sporting a sandy-hued ribbed sweater dress that grazed her shins. The midi dress featured an off-the-shoulder design with a cutout detail, long sleeves and a thigh-high slit.

Ambrosio styled the creamy dress with a pair of strappy leather Jonathan Simkhai sandals in the same color. The heeled sandals feature a trendy thong silhouette and a big toe loop. The dinner celebrated the first collection in which footwear was designed and produced under the Jonathan Simkhai label.

This is the first footwear collection designed by Simkhai produced under the Jonathan Simkhai label. The versatile styles, which include napa leather and sleek architectural-inspired squared heels, are intended to not be defined by season.

Scroll through the gallery for a look at some of Alessandra Ambrosio’s boldest red carpet style moments.