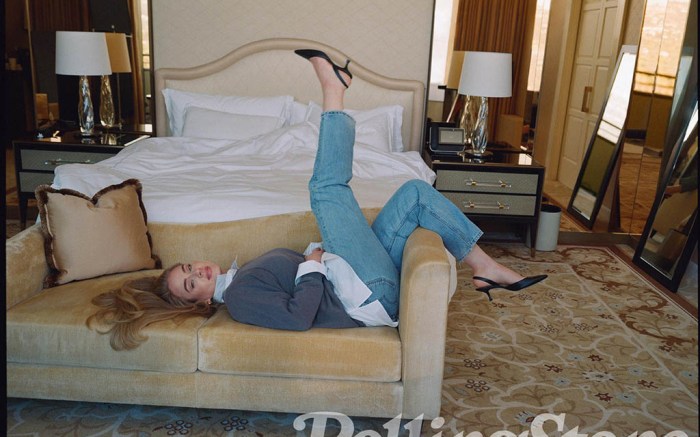 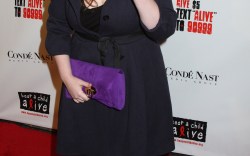 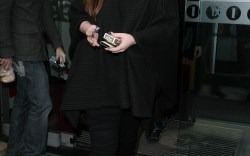 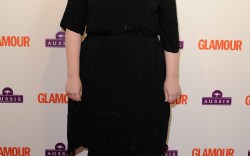 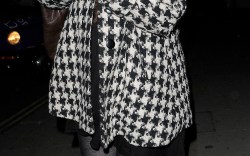 Kicking her slingback kitten heels up in the air, Adele poses for a pictorial in the latest cover for Rolling Stone. The Grammy Award winner poses on her bed dressed casually in jeans and a sweater over a collared shirt. In the accompanying interview, the singer talks about the inspiration behind her highly-anticipated “30” album and her personal journey. This comes after Adele appeared on the covers of Vogue and British Vogue earlier this month.

“It made me really sad,” she recalls. “Then having so many people that I don’t know, know that I didn’t make that work…it fucking devastated me. I was embarrassed. No one made me feel embarrassed, but you feel like you didn’t do a good job.”

On delaying her album for more than a year:
“If it wasn’t coming out now, I think I probably would never put it out,” she admits. Given the very specific point of her life she’s singing about, she reckoned with the fact that an album has as much of a shelf life for the artist as it does for the audience. “I know I would’ve changed my mind and been like, ‘It’s moved on. Let’s start the next album.’ And I couldn’t do that to this album. I feel like it deserves to come out.”

On her touring plans to promote 30:
For now, don’t expect a marathon tour like the one she embarked on for 25. “It’s too unpredictable, with all the rules and stuff,” she says. “I don’t want anyone coming to my show scared. And I don’t want to get COVID, either.” She shoots down the rumors of a Las Vegas residency, which she hasn’t signed up to do “because there’s fucking nothing available.”

On dating in Los Angeles:
“I lasted five seconds [dating here],” she jokes. The upcoming song “Oh My God” explores wanting to put herself out there but having a pretty limited ability to do so when you’re a superstar. Her friends tried to set her up with people they knew, but she hated that, too. “You can’t set me up on a f—ing blind date! I’m like, ‘How’s that going to work?’ There’ll be paparazzi outside and someone will call [gossip site] DeuxMoi, or whatever it’s fucking called! It ain’t happening.”

On opening her circle to industry friends:
In her neighborhood, she finally caved into having other industry friends, like her neighbors Nicole Richie and Jennifer Lawrence, something she avoided for years. “They humanized me because I had avoided talking to anyone that was ever famous in any capacity, because I was like, ‘Well, I’m not famous.’ I’m very British like that,” she explains. “We never spoke about work, which was amazing, because most of the time when I catch up with someone, they want to know all about my work, and I’m like, I don’t want to talk about that. Can we talk about something else? I’m knackered.”

On finding closure with her late father:
Adele reconciled with her father before he died this spring. He was the first person to hear her new songs, and their final conversation set her free from years of feeling unloved. “I don’t think I understood the deepness of how I felt about him until we spoke,” she says.

See more of Adele’s style through the years.