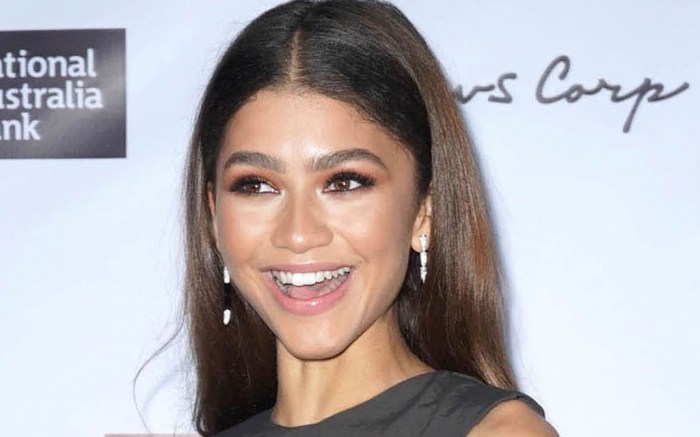 Zendaya made a strong case for glam styling as she took on the Essence Black Women in Hollywood Awards 2021 in bold fashion.

The “Euphoria” actress, as styled by the legendary Law Roach, modeled a retro Saint Laurent design that dates back to the brand’s Haute Couture collection from 1982. The design was even worn by the trailblazing businesswoman Eunice Johnson.

The ensemble consists of a sleek satin blue puff sleeve top with a plunging neckline and peplum waist, all layered over an elongate black skirt.

With help from Roach, Zendaya then matched the vintage number to glittering heels courtesy of Roger Vivier. Set atop a classic pointe-toe silhouette, the heels featured the designer’s signature glittering brooch across the top. The Flower Strass pumps also come set atop a 3.5-inch heel and retail for almost $2,000 at MyTheresa.

Also in attendance at last night’s award was none other than Cynthia Erivo. The legendary actress tapped Gucci for her outfit of the evening in a sleek orange design complete with a cutout heart panel across the back.

Joining Erivo in styling by Jason Bolden was emerging style star Storm Reid. Playing Zendaya’s younger sister in their hit HBO series, the 17-year-old stole the show in a structured dress from Christopher Kane and the wildest knee-high boots. On her feet, Reid broke out a set of boots from FNAA winner Paris Texas complete with a green croc-embossed finish; similar pairs retail for $620 at Farfetch.

When it comes to the world of fashion, Zendaya is a major name to lock down for a brand. With help from her longtime stylist Law Roach, the former Disney Channel star oftentimes leans towards styles from Valentino, of course, along with Area, Versace, Armani and more top labels. For footwear, it can range from Nike and Vans sneakers to Christian Louboutin and Jimmy Choo stilettos.

Click through the gallery to find more of Zendaya’s red carpet style evolution over the years.