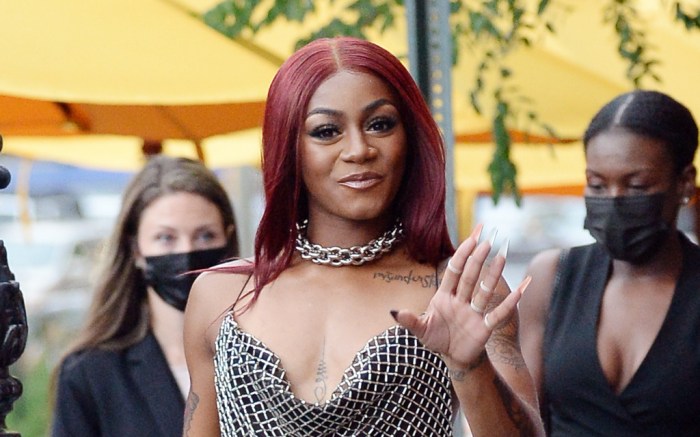 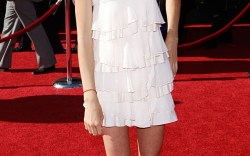 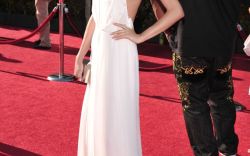 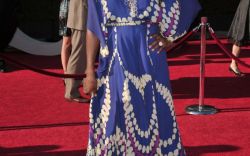 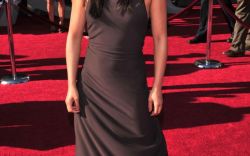 Sha’Carri Richardson brought sparkle to the red carpet at the 2021 Espy Awards on Saturday.

Amid controversy surrounding her positive marijuana test at the Team USA Olympic track and field trials in June, Richardson was all smiles as she headed to the annual ceremony at The Rooftop at Pier 17 at the Seaport in New York City.

For the occasion, Richardson was a glittering sight, wearing a shimmery dress. The frock featured a metallic cage-like design over a sheer black slip. Richardson’s look is right on trend as mesh/sheer designs are trending big this season as seen on stars, including Kylie Jenner, Beyoncé, Nicki Minaj and more.


As for footwear, Richardson opted for glossy black sandal heels from Giuseppe Zanotti. Called the Catia Black Lizard Print Leather Sandal, the sandals feature a  a front strap formed by two thinner straps, and a wrap ankle strap. They are set on a leather sole with the label’s logo. The style is currently on sale for $398 from $795 at GiuseppeZanotti.com.

Richardson’s appearance at the Espys comes after news broke that the sprinter will not be competing in the Tokyo Olympics this month.

Last week it was revealed that Richardson had not been selected as a member of the 4×100 relay team after her name was left of the Team USA roster.

In a statement regarding Richardson’s exclusion, USATF said, as reported by USA Today, “While “USATF fully agrees that the merit of the World Anti-Doping Agency rules related to THC should be reevaluated, it would be detrimental to the integrity of the U.S. Olympic Team Trials for Track & Field if USATF amended its policies following competition, only weeks before the Olympic games.”

Richardson had accepted a one-month suspension after testing for marijuana. The USADA announcement came after Richardson had won the hearts of many Americans following a dominant win at the U.S. Olympic Track and Field Trials in Oregon. The athlete recorded a time of 10.86 seconds in the 100-meter race, earning a spot on her first-ever Olympic team.

According to USADA, Richardson tested positive for THC, the main psychoactive constituent of marijuana, which is prohibited in competition, in a sample that was collected in competition at the U.S. Olympic Team Trials on June 19.

After Richardson’s positive test results were made public, the fan-favorite athlete issued an apology.

“As much as I’m disappointed, I know that when I step on that track I don’t just represent myself. I represent a community that has shown me great support, great love,” Richardson said during an interview on NBC’s “Today” show.