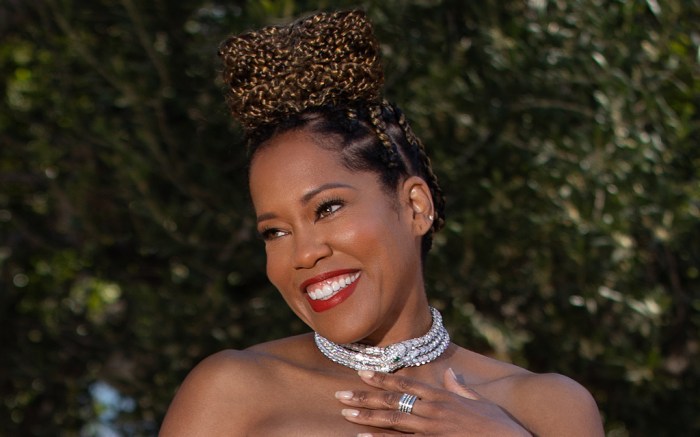 The actress, who presented during the ceremony, tapped Christopher John Rogers for the event in an unmissable neon number. A favorite of Kamala Harris, Ashley Graham and Zendaya, Rogers’ designs always have a flair for the bold and King’s look last night was no exception; the strapless number featured a form-fitting tangerine fabric with a coordinating floor-sweeping caped train.

The ensemble also featured endless layers of diamonds and jewels from Bulgari along with hidden Stuart Weitzman heels.


Also in attendance for the awards was the show’s host Lana Condor along with Andra Day, Carey Mulligan, Amanda Seyfried, Ilana Glazer and more recognizable names. The CDGAs honor the best in film, television, and short-form costume design as voted on by the Guild’s membership.

As for Regina King, the “Watchmen” actress is a master of award show season styling. This year alone, she has modeled everything from Versace gowns to custom Oscar de la Renta designs, all matched to towering Stuart Weitzman sandals.

Click through the gallery to see Regina King and more stars who went chic this awards show season.