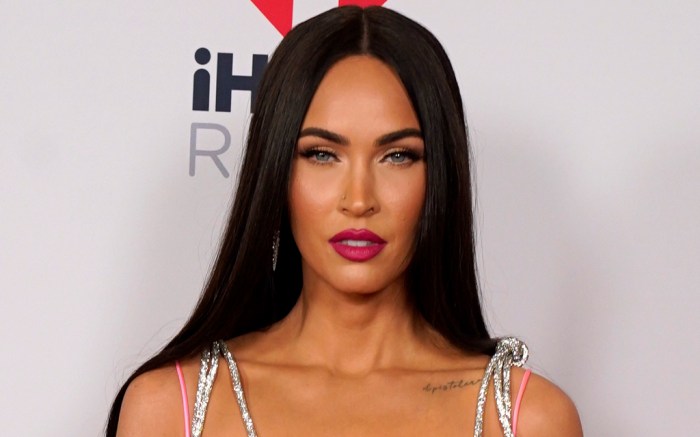 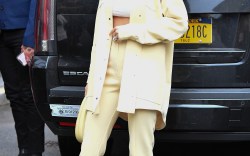 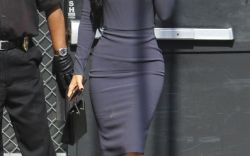 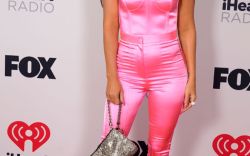 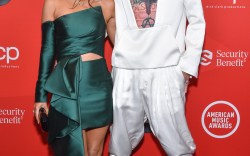 Megan Fox brought one of spring’s biggest trends to the 2021 iHeartRadio Music Awards.

Taking the red carpet tonight alongside beau Machine Gun Kelly in Los Angeles, the “Jennifer’s Body” actress went glam in a coordinating silky pink corset and pants set from Mach & Mach’s fall ’21 collection. The bright look taps into this season’s newfound appreciation for corseted silhouettes and bustier designs, spotted on everyone from Kylie Jenner and Beyoncé to Hailey Baldwin and Rosalía in the past few weeks alone.

When it came down to footwear, Fox once more tapped Mach & Mach in a glittering design. The pointed-toe pumps came set atop a 4.3-inch heel with a dramatic crystal-embellished bow. Held together with an ankle-wrapping hold, the Double Bow heels retail for $1,255 at Selfridges.

For the event, MGK gave a retro-chic twist on suiting up in a 1980s-era blazer and metallic shorts, all matched to lugged combat boots.

In discussing personal style, you can oftentimes find Megan Fox herself in a standout look, with her go-to style being described as bold, fierce and on the cutting edge — with a twist of rock and roll. Her favorite brands for red carpet shoes and glam occasions include Amina Muaddi, Christian Louboutin, Balenciaga and Casadei. The “New Girl” actress and model also previously served as the face of Armani Beauty and as an ambassador for Frederick’s of Hollywood.

Click through the gallery for more of Megan Fox’s glam style throughout the years.