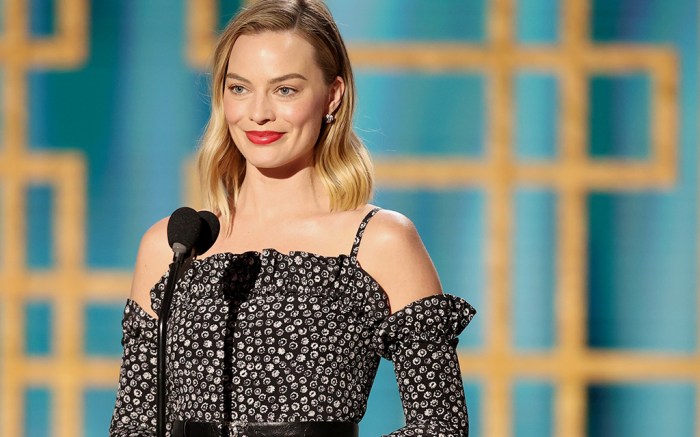 The actress chose Chanel, as she is a brand ambassador, for her head-to-toe look. The black-and-white gown featured floral print, sleeves that exposed her shoulders and a high-slit detail.

For shoes, Robbie wore strappy black sandals with a pearl-adorned stiletto. To complete the look, styled by Kate Young, she also accessorized with a Chanel logo belt, earrings and a bold red lip.

“The Suicide Squad” star presented during the telecast, which took place in a hybrid format, streaming live from Los Angeles and New York. Many nominees virtually Zoomed in for their parts as well.

Last year, Robbie also wore Chanel, choosing a fall ’19 couture that was designed with multi-hued sequin bodice that popped against the white skirt.

To see more looks on the red carpet during the 2021 Golden Globes, click through the gallery.