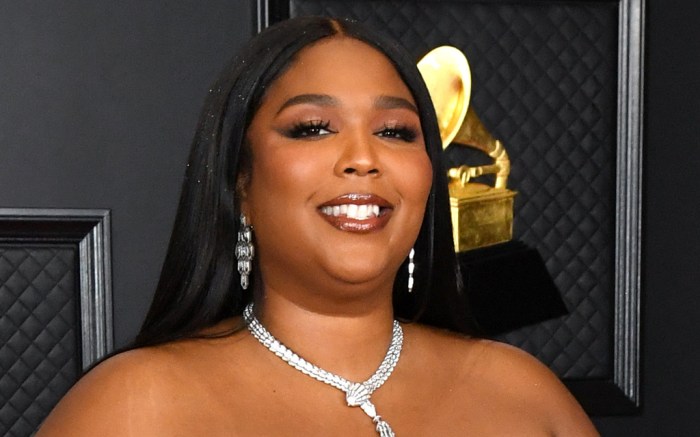 The 2021 Grammy Awards kick off in a few hours but Lizzo is already on her way to make everyone’s best-dressed list.

The “Truth Hurts” singer previewed her award show-ready look on Instagram this evening, opting for a twist on the monochrome styling trend for the event. The star of her look was a strapless, ruched mermaid-style dress courtesy of Balmain with highlights including endless Bulgari diamonds.

The finishing touch of the Grammy Award-winning artist’s ensemble was a set of custom glittering double-strap Stuart Weitzman sandals, based atop a lifted block heel. Similar silhouettes from the brand retail for $395 on its website.

Color-coordinated attire has quickly become the must-see styling hack of 2021, offering a streamlined route into a chic ensemble. Stars like Kylie Jenner, Kristin Cavallari and even Michelle Obama have tried out the trend for themselves in the past weeks alone.

When it comes to Lizzo’s own style repertoire, the musician’s closet includes a vast variety of hit designer brands. From modeling Marc Jacobs at the Met Gala to performing on stage in Christian Siriano ball gown and custom Swarovski crystal-embellished Stuart Weitzman combat boots, her style is nothing but ordinary. The “Good As Hell” singer can also be found in campaigns for Absolut Vodka, Khloe Kardashian’s Good American brand and Urban Decay makeup.

Click through the gallery to check out more of Lizzo’s boldest looks over the years.