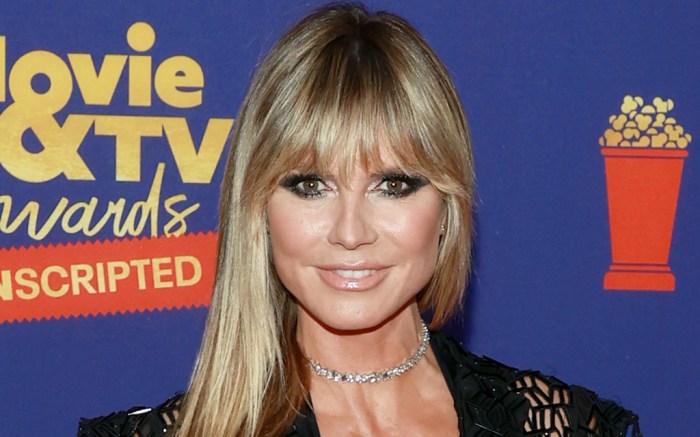 The model arrived on the red carpet for the second night of events in bold fashion, matching a semi-sheer blazer to a coordinating skirt; both pieces come from Aliétte’s fall ’19 collection and feature unique hand-beaded detailing.

To complete her own edgy ensemble for the event, the “America’s Got Talent” judge tapped into one of 2021’s biggest shoe trends: thigh-high boots.

Click through the gallery to find more of Heidi Klum’s edgy style over the years.