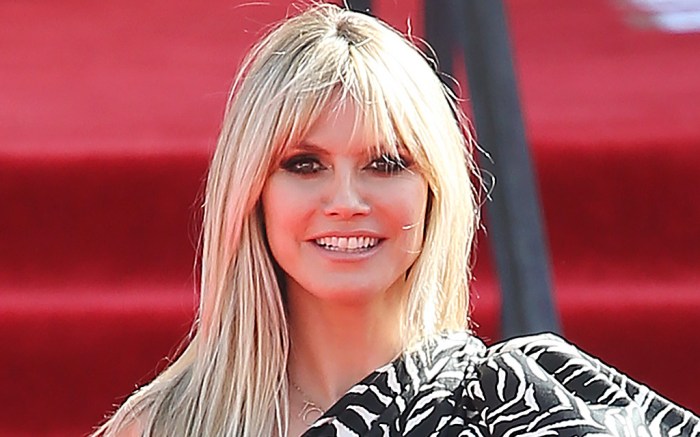 Heidi Klum brought her effortlessly bold style to the orange carpet this weekend.

The “America’s Got Talent” judge joined her costars Sofia Vergara and Terry Crews at the Nickelodeon Kids’ Choice Awards on Saturday, showing off her eclectic taste as she arrived on the scene. Klum’s outfit layered a glittering tie-dye sweater of neon yellow leather pants complete with animal print paneling, all courtesy of Dolce & Gabbana.

The look came complete with a chain-linked belt and coordinating gold-chained sandals set atop a towering stiletto heel.

Sofia Vergara also turned heads at the event, opting for a bold choice of color as well with a little help from Brandon Maxwell. The “Modern Family” actress modeled a red strapless jumpsuit from the brand complete with a Dolce & Gabbana clutch to parallel her costar’s pick of brands.

As for Heidi Klum herself, 2020 was a major year for the model; she completed her bout serving as a judge on her NBC talent series as well as the co-host of Amazon Prime’s series “Making the Cut” this year alongside her former “Project Runway” co-star Tim Gunn; the competition series profiled up and coming designers with winning styles added to shop live every week to Amazon. She also has served as the host and executive producer of the aforementioned “Germany’s Next Topmodel” since 2006.

Click through the gallery to find even more of Heidi Klum’s boldest red carpet looks over the years.