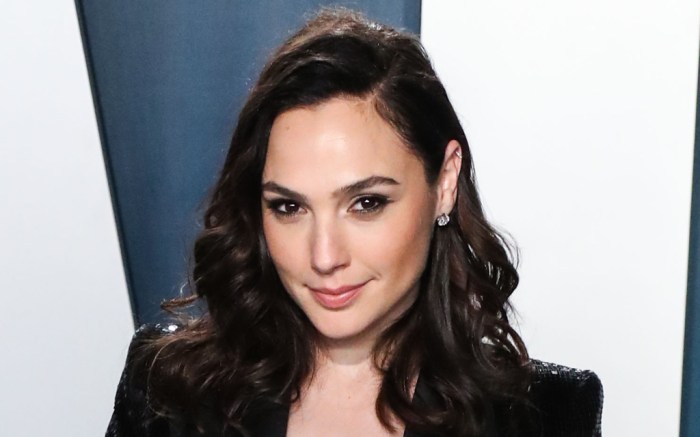 Gal Gadot went bold for the 2021 Critics’ Choice Awards with a twist on classic styling.

Styled by Elizabeth Stewart, the expecting mother is presenting an award tonight and decided on a voluminous look for her Prabal Gurung outfit, tucking a structured white top into pleated black suit pants. Her outfit also included Tiffany & Co jewels and a bold red lip to match her sleek updo.

Also appearing during the show is Amanda Seyfried, who is up for Best Supporting Actress for her role in “Mank.” The actress opted for a tuxedo-inspired look as also styled by Elizabeth Stewart. Coming from Miu Miu, the outfit featured a glitter-coated sheer top with a bow-tie finish tucked into cropped tailored trousers.

When it comes to her own personal style, Gal Gadot’s look for the show is a typical choice for the “Justice League” alumna. Her go-to brands for dressed-up attire include Saint Laurent, Stuart Weitzman and Sergio Rossi while she tends to switch it up for more casual footwear — think Reebok and Common Projects sneakers.

Click through the gallery to find more of Gal Gadot’s head-turning style moments over the years.