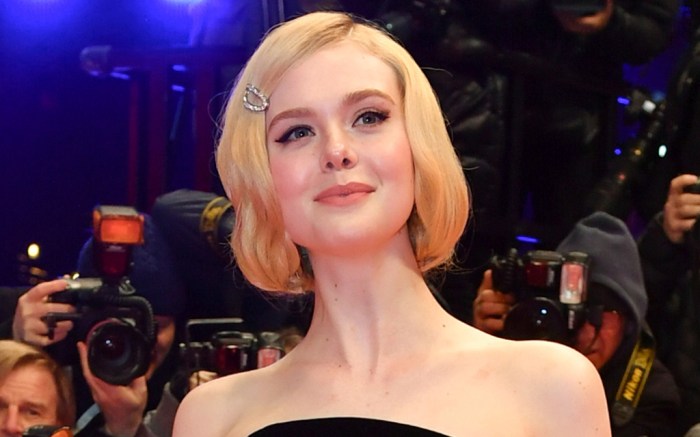 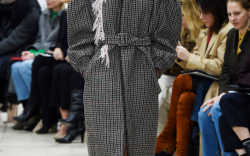 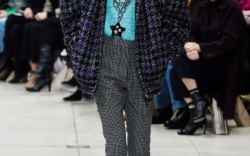 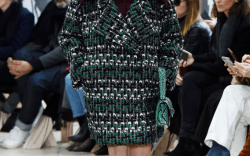 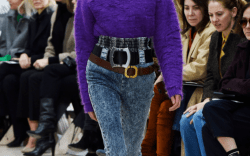 The actress, nominated for her role in “The Great,” collaborated with Vivienne Westwood on a design that would bring Catherine the Great herself into the modern world of fashion. The dress channeled corseted silhouettes from the 18th century, cinching Fanning’s waist in a satin-coated lilac structure. Continuing with a draped inirdescent skirt, the dress also included sleeves and necklaces inspired by the Russian ruler’s love of pearls.

“For the Independent Spirit Awards, Vivienne and Andreas reached out about designing a dress inspired by Catherine the Great’s love of pearls! And we all know no one does a corset like Westwood!! Love you both,” wrote Fanning in her caption on Instagram.

To complete the standout ensemble, the 23-year-old star then slipped out a set of sky-high pumps with a metallic gold finish.

The budding actress is no stranger to a statement award show moment, either. Earlier this month, she brought the 1970s into the modern-day for the 2021 SAG Awards.

Channeling retro-chic style in a matching Gucci set as styled by Samantha McMillen, Fanning modeled a sequined cinched shirt with an asymmetrical design and handy pockets all layered over coordinating flare-hem pants.

Peeping out from underneath the elongated hem of her trousers was a set of hidden platforms coated in a neon yellow shade. The metallic-trim design appeared to measure over 2 inches at the toe with a balanced block heel to tout.

The Independent Spirit Awards recognize the best in independent films and television, holding their virtual show last night with host Melissa Villaseñor of “Saturday Night Live.” The big winners of the night included “Nomadland,” “Unorthodox” and “I May Destroy You” amongst other major titles.

Click through the gallery to find more of Elle Fanning’s top style moments over the years.