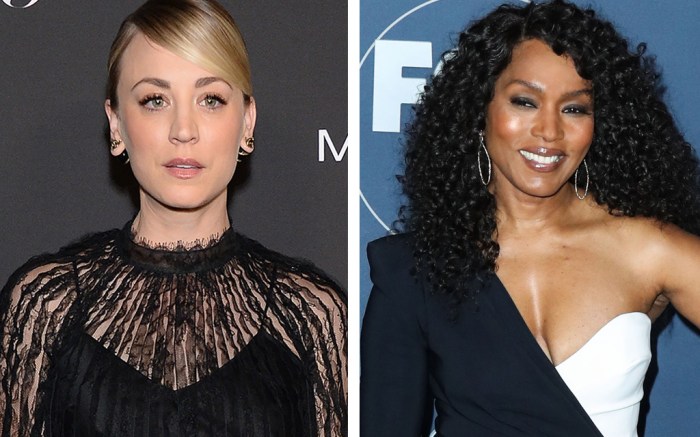 It’s official: 2021 is the year of modern suiting up. Take the Critics’ Choice Awards for example — all your favorite female stars broke out their own takes on trending suit silhouettes with personalized flair and adornments.

Kaley Cuoco, who is nominated for “The Flight Attendant,” turned heads in a Dolce & Gabbana three-piece suit; the perfectly tailored design featured jewel-adorned lapels and a coordinating vest. The glittering elements of the look continued down to her pointed-toe pumps courtesy of Christian Louboutin.

Hit singer H.E.R. made her own appearance during tonight’s show in a vintage-inspired look. The Miu Miu design came with a  whimsical appeal thanks to its floral, jewel-encrusted finish; the ensemble featured a cinched blazer and tailored trousers.

The “Focus” singer’s sandals shone as well with their embellished straps and stiletto lift.

Also suiting up for the evening was Amanda Seyfried. The actress, who is up for Best Supporting Actress for her role in “Mank,” opted for a tuxedo-inspired look as styled by Elizabeth Stewart. Coming from Miu Miu, the outfit featured a glitter-coated sheer top with a bow-tie finish tucked into cropped tailored trousers. The look also included classic pumps from Stuart Weitzman that retail for $398.

Angela Basset’s own suit included lots and lots of sequins. The glittering design tapped Alberta Ferreti with a little help from Sarah Flint when it came down to footwear. To match her shining suit, similar heels from the independent brand retail for $398 on the designer’s website.

Click through the gallery to see more stars at the 2021 Critics’ Choice Awards.