The Best-Dressed Celebs at the 2021 BET Awards 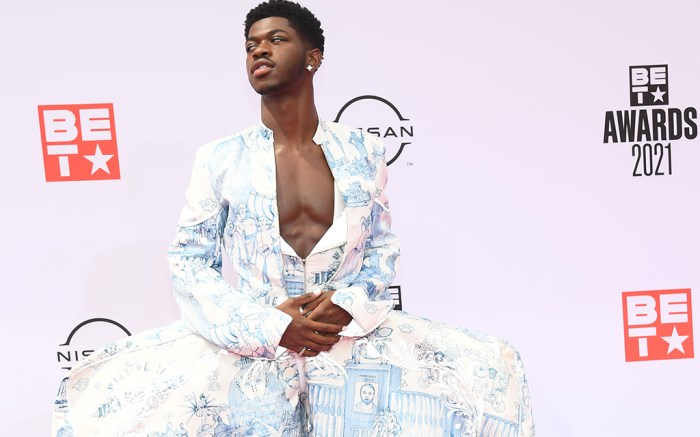 It was a night to remember at the 2021 BET Awards on Sunday in Los Angeles. Taraji P. Henson hosted the event, which were proclaimed as the “Year of the Black Woman” to celebrate and honor their impact on culture. And the women did not disappoint when it came to their red carpet fashion.

Zendaya stole the show with an archival look inspired by Beyoncé, topping this year’s best dressed from the BET Awards.

The “Euphoria” star opted for a dress from Versace’s spring 2003 collection, featuring a purple, cut-out gown with a hint of neon green. The piece, which hailed from stylist Law Roach’s personal archive, paid homage to Beyoncé’s “Crazy in Love” performance at the BET Awards in the same dress that year. Zendaya paired the look with Stuart Weitzman sandals.

Andra Day also made a style statement on the red carpet on Sunday. The singer and actress chose a drop-waist gown by Rosie Assoulin. The light pink, tiered dress was detailed in white floral print.

Singer Arlo Parks went down the suiting route for her red carpet appearance. She wore a Valentino ensemble with bold and chunky platform leather boots.

Another best-dressed celeb of the night included Issa Rae. The “Insecure” star went all-white in a Balmain look styled by Jason Rembert.  The mini tuxedo dress was designed with sculptural shoulders and the label’s monogram jacquard fabric. She completed the outfit with matching white Stuart Weitzman sandals.

Finally, Lil Nas X wowed on the red carpet at the 2021 BET Awards. The muscian made an appearance in a striking Andrea Grossi look, which featured a corset-like top and full skirt, covered in illustrations about war and religion.

To see more stylish stars on the red carpet at the 2021 BET Awards, click through the gallery.