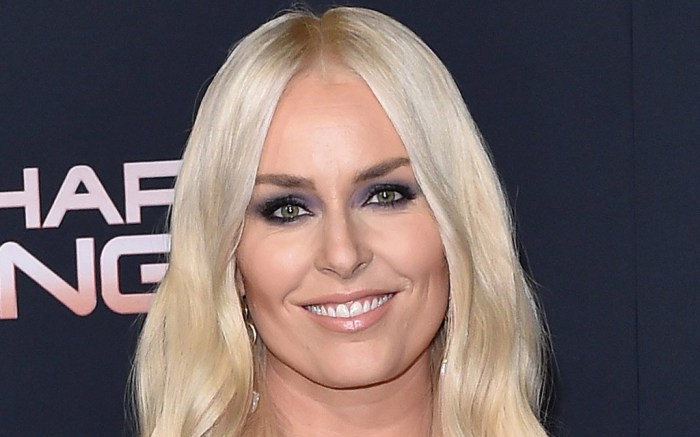 Lindsey Vonn hit the gym in style thanks to a little help from Under Armour and Dwayne “The Rock” Johnson.

The Olympic skier herself showed off her workout routine on Instagram last night, sharing a video of herself hitting squats with her trainer. For the lifting session, Vonn tapped Johnson’s imprint with Under Armour, Project Rock. The pieces come from its  latest collection, dubbed “Outlaw Mana,” that according to Under Armour, is “grounded in workwear styling.”

Vonn’s choice of sports bra and mesh-paneled leggings include imagery that offers a Western country feel with fall shades of red and browns; fans can shop the athlete’s workout gear now at UnderArmour.com.

To finish up her gym attire, the media personality also broke out all-white sneakers from the American sports powerhouse.

The athlete’s own social media is filled with her pick of designer looks as well as impressive gym routines and fitness rotations, all fueled by her Under Armour apparel. From sports bras and colorful shorts to leggings and supportive sneakers, it’s Under Armour or nothing for the athlete who has been partnered with the brand since she was 16 years old. Vonn herself has also starred in campaigns for the Project Rock imprint throughout its past collections.

In addition to her athleisure, Vonn also sports pieces courtesy of top brands like Musier Paris, Gucci, Saint Laurent, Giuseppe Zanotti and more. The Olympic medalist also has ties to Red Bull, Oakley, GoPro and Vail Resorts with a net worth of over $3 million according to a 2013 Forbes article.

Prep for the gym like Lindsey Vonn in these new Under Armour Project Rock pieces.