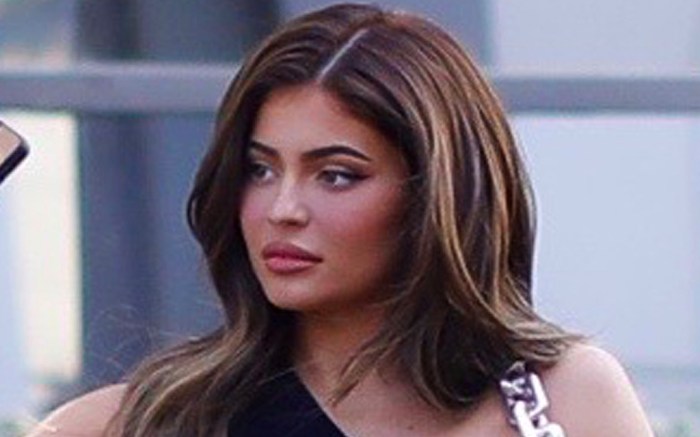 Kylie Jenner channeled one of this year’s biggest athleisure trends with ease for her latest workout.

Taking her talents outdoors for a warm-weather run, the beauty mogul posed in the sun in coordinating athletic attire. The ensemble featured a matching Set Active olive-brown sports bra and seamless biker shorts.

When it came down to footwear, Jenner tapped her new favorite brand for all things buzz-worthy: Nike. The all-white design came set atop a chunky midsole with a lugged finish and layered mesh uppers for a unique touch.

Though it once was a rare sight, finding the youngest Jenner sister in Swoosh sneakers is a common occurrence these days. She oftentimes favors picks from both Nike and Air Jordan to complete her off-duty attire.

When it comes to footwear and shoes, Kylie Jenner herself has an impressive history specifically in the sneaker industry. Before she was a beauty mogul, the Kylie Skin founder held multiple gigs in the sneaker world. She formerly served as a brand ambassador for Puma before joining forces with Adidas in August 2018, exclusively wearing Three Stripes styles in campaigns and across social media.

At the start of 2020, though, the media personality posted photos of herself wearing a series of Nike sneakers, leading fans to speculate that her contract with Adidas had expired. Since then, Kylie has continued wearing rare kicks. When she isn’t in sneakers, the reality television star favors everything from Giuseppe Zanotti zebra sandals to Dior knee-high boots to clear Yeezy pumps matched to apparel from Balmain, LaQuan Smith and Marine Serre amongst other top brands.

Click through the gallery to find more of Kylie Jenner’s boldest looks throughout the years.