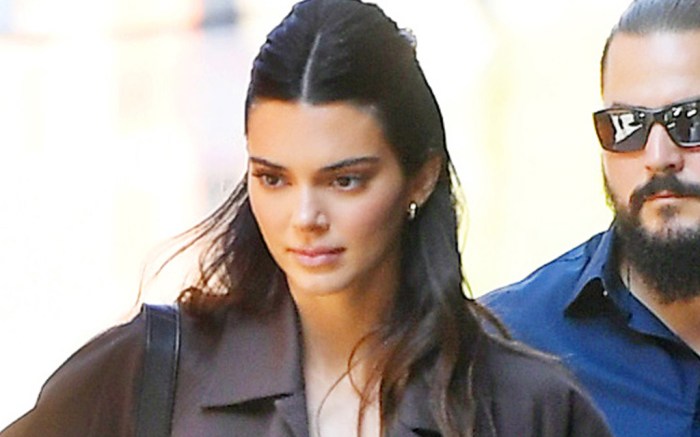 Kendall Jenner is getting in the Halloween spirit in a sneakerhead-approved way.

The model served up a fall-themed photo dump on Instagram earlier this week, showing off her Jack-o-Lanterns, autumnal decorating and a pair of rare sneakers to tout. The recognizable Nike Dunk Lows pay homage to Freddy Kreuger of “A Nightmare on Elm Street” with blood-splattered overlays and striped uppers inspired by the character’s signature attire. With silver accents to portray Kreuger’s bladed hands, the sneaker also comes complete with insoles that echo the villain’s scarred figure.

While Jenner modeled the pair with ease, these sneakers are actually extremely difficult to come by. Originally set to release in 2007, the style never ended up hitting shelves due to New Line Cinema reportedly sending a cease-and-desist letter claiming copyright infringement, meaning only some of the “Freddy Krueger” Dunks are still left in the world. (Rumor has it that only around 30 sample pairs exist.)

For fans interested in buying a pair of Nike Dunk SB Low “Freddy Krueger” sneakers, you better be prepared to dish out anywhere from $50,000 to $450,000 for the limited sizes currently available on StockX and other resale platforms.

In addition to rare sneakers, you can oftentimes find Jenner in a selection of trending shoes. The reality television personality’s closet often includes more of an edgy, tomboyish touch, adding in pieces like chunky Prada combat boots and Bottega Veneta clogs. Still, the older Jenner sister appreciates a trending sneaker just like her youngest sibling, Kylie Jenner, previously stepping out in a mix of unreleased styles and buzzy pairs from Nike, New Balance, Off-White and more.

The media star‘s go-to picks for off-duty attire include By Far, Fendi, Jacquemus and Hermès as well. Together Kendall Jenner and her younger sister, Kylie Jenner, successfully started their own eponymous brand as well; the Kendall + Kylie label serves up a selection of hit apparel, footwear and accessories.

Check out the gallery for all of Jenner’s style evolution over the decade.