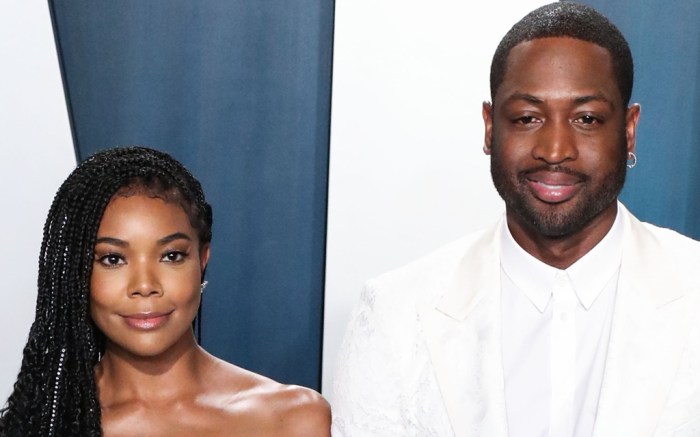 Gabrielle Union and Dwyane Wade paid tribute to the late Kobe Bryant and his daughter Gianna “Gigi” Bryant in the most special way this week. Kobe and Gigi lost their lives in a tragic helicopter accident in 2020.

Taking to Instagram to capture the moment, the actress and former NBA star matched their Way of Wade sneakers to new tie-dye sweats courtesy of Kobe Bryant’s wife, Vanessa Bryant. The purple and white hoodie and sweatpants, adorned with pink logos and the name of the Mambacita foundation, are a special design honoring Gigi Bryant’s 15th birthday on May 1.

All of the proceeds from the new collection go to the Mamba and Mambacita Sports Foundation, a nonprofit organization started by the Bryan family and dedicated to creating a positive impact for underserved athletes and young women in spots.

“When I thought about how best to celebrate Gianna’s birthday with so many who loved her, I knew it had to be a combination of sharing her bright and fun personality with her sense of purpose and passion that would help make a difference in this world,” wrote Vanessa on Instagram on May 1.

“Gianna was kind, energetic, a leader, and had so much MAMBACITA swag.  When I thought about who would help me capture her laid back yet girly-edge, I thought of female-owned @DANNIJO,” continued Vanessa. “Two fun-loving sisters running a successful clothing line, they jumped on the opportunity to celebrate Gigi’s birthday with us, completely pro-bono.”

After the collection’s launch, the new styles earned nods of support from athletes and family friends across all industries. Members of the Golden State Warriors, Los Angeles Lakers, Brooklyn Nets and the Phoenix Suns wore the pieces ahead of their games this week.