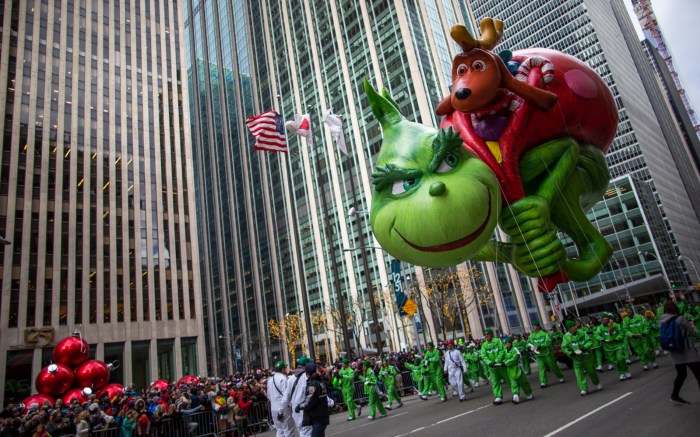 Macy’s Inc. and the city of New York announced the return of the Macy’s Thanksgiving Day Parade for its 95th year.

While the 2020 event aired nationwide as a television-only event with no audience, this year, the parade is back on New York City’s streets as it kicks off the countdown to holiday festivities with the help of some signature character helium balloons, floats, marching bands and celebrities.

To safely produce the annual Thanksgiving Day event, Macy’s once again partnered closely with the City and State of New York to create a production plan that would ensure health and safety practices aligned with CDC guidelines, as well as current local and state government protocols.

In order to make sure that participants and staff will remain safe and healthy after the festivities, Macy’s worked closely with the city to create an event production plan that coincides with current protocols and regulations set by the CDC. The city of New York will manage and oversee public viewing locations and safety procedures within designated portions of the parade route.

For spectators wishing to enjoy the spectacle live, the 95th Annual Macy’s Thanksgiving Day Parade begins at 9 a.m., kicking off from its traditional starting line at 77th Street and Central Park West. From there the procession will march down its signature 2.5-mile route taking it from Central Park West to Columbus Circle, turning onto Central Park South and then marching down 6th Avenue/Avenue of the Americas. At 34th Street, the Parade will make its final turn west and end at 7th Avenue in front of Macy’s Herald Square.

“Macy’s Thanksgiving Day Parade has been a New York City institution for more than nine decades, growing to become an icon of American pop culture as it annually marks the official start of the holiday season,” said Will Coss, executive producer of Macy’s Thanksgiving Day Parade. “For our 95th celebration, we are delighted to return this cherished holiday tradition closer to its original form as we march down the streets of New York City and into the homes of a nationwide audience.”