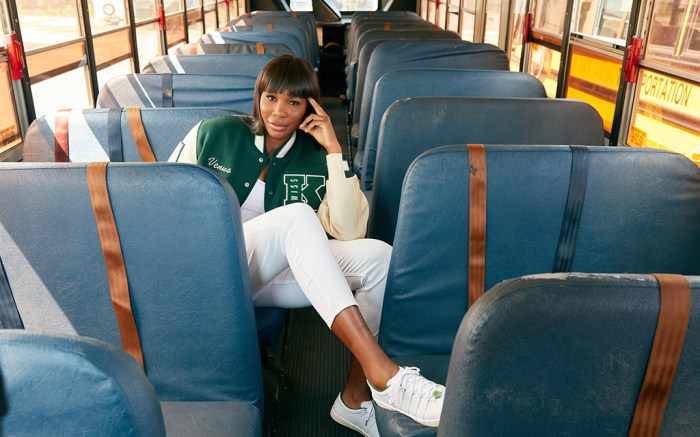 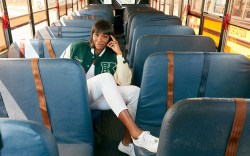 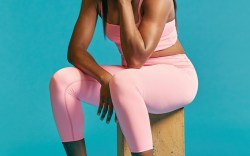 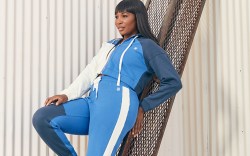 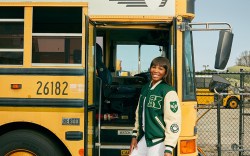 On Earth Day in late April, Venus Williams is heading into hour 10 of a double-photo-shoot marathon.

With a crew of six along for the ride, Williams is ready to move on to the next shot when she’s asked to record an impromptu iPhone interview. The photographer’s niece is embarking on a research project about someone she admires — and her pick is Venus.

The athlete-turned-entrepreneur doesn’t miss a beat as she rattles off some fun facts about herself. “I love karaoke, books and learning languages. And I have a little dog named Harold. He’s 14 and so cute and extra needy — and he won’t grow up.”

With Harold in tow, Williams flies to Madrid a few days later to compete in the first of several European tournaments ahead of this month’s French Open. It’s an annual ritual, and this season, the athlete is looking forward to welcoming fans back into the stands after the pandemic upended the tour in 2020.

Twenty-seven years into her professional career, Williams’ still-boundless enthusiasm for the sport she has defined for decades is remarkable. “I love what it gives me, and it keeps giving me more,” said the seven-time Grand Slam singles champion, who turns 41 next month.

Williams now faces off against competitors who were children when they first watch and revered Venus and her little sister Serena. As they continue to pave the way for a new generation of athletes on and off the court — especially young Black women — the boundary-breaking duo’s longevity and impact on tennis is unmatched.

And as Venus continues to nurture her first passion, she is also proving that she has staying power in another ultra-competitive arena: fashion.

It’s been 14 years since she debuted her EleVen by Venus Williams lifestyle brand, which now includes dedicated tennis, beauty and activewear collections. “I’m always hungry to provide more opportunities and options for people,” she said.

The entrepreneur, who has fashion design and business degrees, also is using her EleVen platform to raise awareness about the gender pay gap. It’s an issue that is deeply personal to Williams — she’s been an ardent advocate for change since 2000, when she won Wimbledon for the first time and discovered the men’s champion was being paid more.

While Williams has helped bring pay equity to the tennis world, she knows there’s much work to be done to level the playing field across all industries. In March, she unveiled the “Privilege Tax” initiative to educate consumers about the issue and raise money for Girls Inc. of Greater Los Angeles.

Empowering women is something she aims for with her designs, too. Williams recently launched EleVen’s “Wonder Woman” capsule collection.

And she has also been focusing on another big project: a burgeoning partnership with Los Angeles-based K-Swiss.

According to brand president Barney Waters, Williams’ Compton, Calif., roots, her icon status in tennis and her business prowess make her a powerful, modern brand partner.

“We believe that young people these days are aspiring to be entrepreneurs almost more than they are wanting to be athletes,” said Waters. “We’ve got somebody who comes from our world of tennis who has evolved into a legitimate founder, CEO and entrepreneur.”

Last year, K-Swiss and EleVen debuted their first collaboration and Williams also starred in a K-Swiss campaign. This year, there are two capsules: the Glow Up collection, which debuts this month and focuses on iridescent hues of bright pink and pearl, and the forthcoming fall launch of the new K-Swiss Tubes collection.

For Williams — who visited K-Swiss’ headquarters last year to dig through the archives — the project has been a true collaboration.

“It’s a great team, they’re just so open. A lot of times you can be caught up in a big corporate machine, but it’s beautiful that they can still be nimble. I’m excited about where we’re going in the future.”

Here, the champion opens up about the unique partnership, her ’90s obsession and what she wants her true legacy to be.

You’re beginning another summer on tour. How do you stay motivated after all these years?

Venus Williams: “I love the game. It’s a relationship. When things click, there’s no better feeling. When I’m out there in practice and I get a shot, I pump my fist. It feels good. It’s not even a practice match — it’s literally practice. Come on, it’s the best.”

You’ve been such a powerful voice on the women’s tour for decades. Can you talk about that pivotal moment back at Wimbledon 2000 when you began advocating for equal pay?

VW: “Growing up, I never thought I would be treated unequally when I got to the top of the game playing with the very best players. Those are the things you don’t foresee. Sometimes you find yourself in a moment, and you’ve got to make a choice about whether you’re going to stand up. There was no sitting down for me. That fight is never over. In tennis, we might have equal prize money and our tour continues to grow and evolve, which is amazing, but across all industries and sectors, women are fighting for equality — whether it’s for work or pay or basic rights.”

Many athletes have their own collections now, but you were a pioneer when you started EleVen in 2007. What are the biggest changes you’ve observed in fashion since then?

VW: “More and more we’re starting to see the silhouettes and trends come from activewear. In the last 10 years, we’ve seen it become a part of everyone’s wardrobe. You’re seeing women from all different kinds of demographics wearing it. It’s mainstream and that mirrors closely what’s happening in ready-to-wear.”

Do you pay attention to runway shows?

VW: “Most of the time, I’m playing during shows. But I watch all of them and save them. I have the most robust Pinterest board. It’s not private, but it’s not under my name. You’ll never find it.”

Why is K-Swiss the right shoe partner for you?

VW: “When I think of K-Swiss — from when I was younger until now — I think of classics. It works with everything. It’s based on the California lifestyle, and I’m from California. They’re open to creativity and new ideas. The design is incredible. With all those different aspects, it’s a perfect fit. I love being able to dive in to the archives. You look at 30 shoes together and your head spins. Their archive is just sick. I love the juxtaposition between the ’70s, ’80s and ’90s shoes. My personal favorite is the ’90s silhouette.”

What Stands out about the ’90s?

VW: “It was the rise of the basketball shoe and all the icons in basketball. We saw technology start to boom and sneakerheads come out of the woodwork. The high-top was really in effect. People are constantly playing with those ’90s looks; they’re always there.”

What does K-Swiss represent today?

VW: “I [like] what’s happening now with their different partnerships. There’s my partnership with EleVen, and we’re pretty classic. And then you have the cool shoes from Jupiterr. I have a pair and I got them dirty and I still won’t throw them away. I wish I would have gotten two. It’s fun to see the evolution of [the brand] being able to go between all the worlds, all the demographics.”

What do you look for in a tennis shoe?

VW: “It’s got to be comfortable, and it’s got to hold up. I have a very thin foot, so I have to find a shoe that is long and thin. I need something I can go back and forth on, push off on with confidence.”

How often do you rotate your on-court styles?

VW: “Honestly, it just depends. The shoes often match right back to my outfit. When the next outfit comes, what do you do with the old shoes? I’ve been donating a lot of them — for any of those special people out there who are size 11-and-a-half! Also, the old colors I keep for practice. Sometimes I show up wearing shoes that are blue and orange with an outfit that is navy and green. When I get to a tournament, I clean up my act.”

What makes a great tennis outfit?

VW: “It’s all about confidence — if you want to go shorter or longer, if you want to wear sleeves or spaghetti straps, if you need sun protection. We all feel different. It might be internal, but we will need to feel comfortable. The second part is just the style. I want to be able to create something that’s fun but also understandable.”

What won’t you wear?

VW: “My color preferences are always changing. I won’t wear red or orange, but I’ll wear coral. I don’t do teal, but I wear mint and aqua. I always want help and guidance. I definitely rely heavily on my team for color. It’s so important.”

As you continue to relish the opportunity to play, do you think about your ultimate legacy?

VW: “I want to be remembered as a good person. I want to able to represent myself, my family and God the best way I can. As I continue to advance in life, I’m finding that desire to help more people. That’s the best thing I can do.”