Jessica Simpson On Reviving Y2K Style, Taking Her Billion-Dollar Brand to the Next Phase & Finding Her Strength 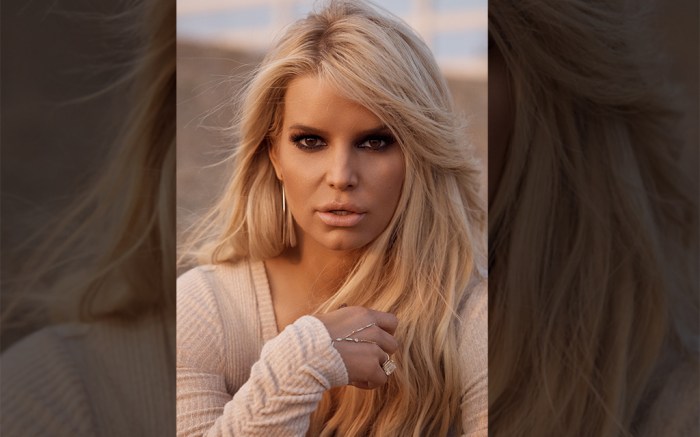 Since Jessica Simpson launched her label under the guidance of Vince Camuto in 2005, she’s become a rarity in the world of celebrity brands. So many have come and gone, but her line has not only sustained but grown tremendously to comprise a full lifestyle range, including shoes, apparel, denim, activewear, accessories and homegoods. Plus, she and her mother, Tina Simpson, who currently own 37.5% of the brand, have been negotiating with Sequential Brands Group Inc. to buy the remainder of the business.

“Vince told me early on to dream big,” said Jessica of the legendary footwear designer who died in 2015. “Never in my wildest dreams could I fathom being part of a true lifestyle collection brand that has been at the top of its game for 16 years, but Vince could. After six months in the business Vince knew. He was a legend and talent in so many ways, but for me, it was his vision and attention to detail that was most inspiring. He truly cared how a woman felt in her shoes, physically and metaphorically. I thought I was here doing a line of cowboy boots and that alone was exciting but he told me, ‘Never stop believing that it will happen.’ I took that advice and I think about his passion and endurance all the time. I miss Vince with all of my heart and was truly blessed by God to have the most wonderful mentor in him.”

Through the years, the brand’s collections have evolved — much like Jessica has. At the time of its debut, Jessica was the ultimate early 2000s style icon, wearing the hottest trends of the time, from her ever-popular daisy dukes to platform pumps.

Now, Y2K fashion is back again — we are talking low-rise jeans, miniskirts, Juicy Couture sweatsuits, trucker hats and baby tees. And just this month, Jessica paid homage to the era with a new fall ’21 style seen in the Asire Red Fringe boot, a modern-day update to her very first delivery in 2005: The Daisy Boot.

“My personal style is a curtsy to all fashion because I love to go Americana with my denim, rock ’n’ roll with my tees, classic with a slip dress, grudge with my flannels, French with lace and booties, Italian with my corsets, Western with my boots, punk with my platforms and glam for a red carpet, but of course sneaking in a bit of leopard and embellishment in every look I can,” Jessica explained. “I marry it altogether. I just see it as me.” The only decade that does make the star cringe is the ’80s.

She described the line as a mirror for her own life’s trajectory, noting the addition of the maternity and baby categories when she was pregnant and became a mother. Next up, Jessica will be focusing more on developing the home offerings, after recently redecorating her house.

Mom and business partner Tina, though, has her eyes set on rebuilding the brand’s international business on all fronts, while also exploring a boys’ line, as well as skincare, health, beauty, wellness and weight management.

For fans of the brand, many are in entirely new phases of their lives and are nearly 20 years older than when they were first introduced to her heels in the early aughts.

So what is keeping them around? Jessica said there are aspects of the brand that have remained consistent, while also crediting understanding and listening to the customer because she is one, too. “If I need it, I know they need it,” she said. “We know who we are. We are meticulous — at certain times, even painstaking — about details. My mom and I have our finger on every piece of merchandise that hits a shelf.”

Many, however, would argue that it is Jessica, the person, who has built this unwavering loyalty.

“Jessica’s brand was built on relatability, and that all stems from her early days on reality TV,” explained pop-culture expert Danny Pellegrino, host of the “Everything Iconic” podcast. Throughout her career in entertainment, as a singer and actress and on the series “Newlyweds,” Jessica has been pigeonholed into many boxes, from sex symbol to ditzy blonde, and like many of her counterparts from the early aughts, such as Britney Spears and Paris Hilton, she has been a key target of the media’s attack on women. Years later, we are seeing firsthand the damage that has had on these celebrities. Still, Jessica has persevered and never shied away from that trauma, which she discussed in her 2020 memoir, “Open Book.”

“Like anyone, there are sides and layers to Jessica that we’re all still unravelling,” said Pellegrino. “Her book gave us insight into these versions of her that we thought we knew, only to find out even more about those early eras of her career. Just like how she wasn’t afraid to air the messier parts of herself during ‘Newlyweds,’ the book also didn’t shy away from her struggles as a mother and young entrepreneur. Jessica’s fan base will continue to not only grow, but connect with her in deeper ways as she continues to find ways to show us all the pieces of her that we relate to, particularly the sides that other celebrities would try to mask in an effort to appear perfect.”

For Jessica, overcoming adversity, whether it’s in business or life is one in the same. “I have vowed to myself to find strength in every challenge, find the beautiful in the pain and find hope in the right now. I have learned that if I am honest with myself and open with everyone else, I can be my strongest. I now lead with my mistakes and am more gentle with myself,” she said. “All I know to do is to keep going.”