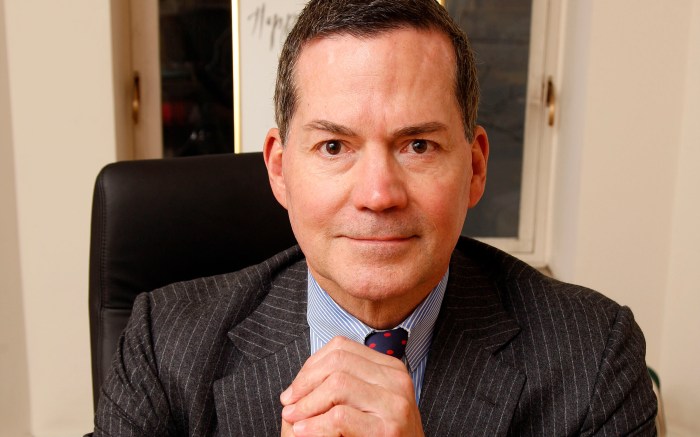 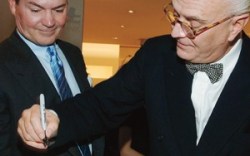 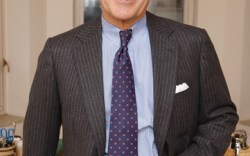 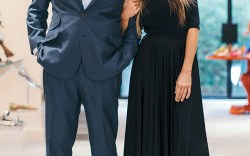 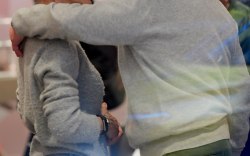 Beloved footwear executive George Malkemus, who built Manolo Blahnik into a powerhouse brand in the U.S. and later partnered with Sarah Jessica Parker on her SJP label, has died after a long cancer battle. He was 67.

Representatives from Arethusa Farm announced Malkemus’ death on Friday on social media. (The executive owned the farm with his partner Tony Yurgaitis.)

“It is with a heavy heart that we tell you our beloved George Malkemus passed away yesterday evening at his home in New York City after a long battle with cancer,” Arethusa said in post on Facebook and Instagram. “Our George was very private — preferring not to trouble anyone with his health concerns.”

For 37 years, Malkemus and Blahnik were one of the most well-known duos in the luxury business.

Malkemus bought the North and South American rights to the designer’s name in 1982, after a brief meeting when the two spoke about their love for — and ownership of — Scottish Terriers. “Neither of us were greedy. We wanted to do this at our pace and to learn the ropes as we went along. That way, the mistakes we’d make would be small mistakes rather than large ones, and that’s the philosophy we’ve always kept,” he said in 2009, when he was inducted into the FN Hall of Fame.

Before he met Blahnik, the ever-charming Malkemus thought he wanted to be a doctor, but soon decided to pursue writing. So he left his home in San Antonio, Texas, and eventually landed a job as copy chief at Bergdorf Goodman in New York.

By day, he penned sparkling prose about shoes for the department store. At night, Malkemus hit nightlife haunts like Studio 54, where he befriended designers Perry Ellis and Calvin Klein — contacts that would prove invaluable years later.

After partnering with Blahnik, the young exec approached the fashion designers and asked if they would use Manolo Blahnik shoes for their runway collections. They did.

That’s when Neiman Marcus called. The department store bought the two shoes Blahnik designed for Calvin Klein, ordering just 30 pairs for its Beverly Hills, Calif., store and another 30 for its San Francisco door.

Under Malkemus’ leadership, Manolo Blahnik shoes became a must-have for every American retailer.

“George is first and foremost a merchant,” said Karen Katz, in 2009, when she was president and CEO of Neiman Marcus Stores. “He approaches each new season with that perspective, knowing what the customer is looking for, what needs have gone unfulfilled, what worked in prior seasons. He works with Manolo Blahnik to design a terrific assortment of shoes for our customer.”

“I met with lots of interesting and kind and lovely potential partners, but at night when I was lying in my bed thinking about this opportunity and what it meant to me, those partnerships didn’t seem right for me,” Parker told FN at the time. “I realized the one person I’d want to work with, in an ideal world, was George. … But I was hesitant because I knew how obligated he was,” she admitted. “I didn’t think of him as a massive shoe producer. He doesn’t run a business like a lot of other men and women in the shoe industry.”

Malkemus worked alongside Parker until his death. He ended his partnership with Blahnik in 2019.

Click through the gallery to see more of Malkemus’ life in photos.