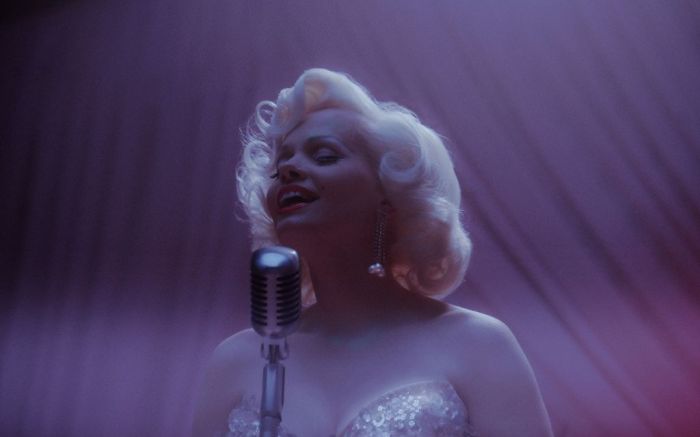 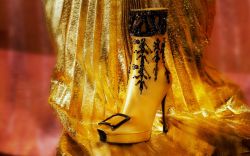 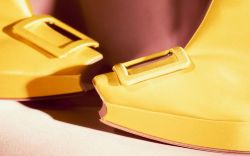 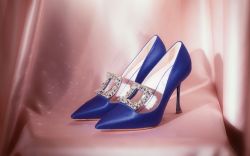 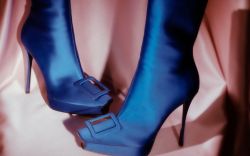 “You know, it’s hard to perform without an audience.”

It’s easy to believe that this statement has been uttered by countless entertainers over the past year, from actors of Broadway to singers and musicians who used to tour, to poets, dancers and any other performance artists whose passions and livelihoods have been halted by the pandemic.

It’s also the key line from the brand’s fall ’21 fashion film, “Do We Show,” delivered by actress Ulrike Storch as the Hollywood actress Marlene Dietrich. After an entire five-minute scene in which actresses Dietrich, Marilyn Monroe, Josephine Baker and Edith Piaf try their hand at performing on a lonely stage, with no audience, the music warps and the shot cuts to Roger Vivier creative director Gherardo Felloni, who is sitting in the back of the darkened room with a script.

“Could you do it again but this time, let’s say, a little bit more… real?” he asks Storch as Dietrich, who is laying on the floor, clad in a dark suit and coat and an equally film noir pair of square-toed leather boots (Vivier’s, of course).

The French brand has always had a flair for Hollywood, its founding designer having created countless shoes for actresses. Vivier’s classic Pilgrim pump was made forever famous by Catherine Deneuve in the 1967 film “Belle du Jour.” But since Felloni came on board as Vivier’s creative director in 2018 (replacing longtime lead Bruno Frisoni), the vibe has been not only cinematic and star-studded but also inclined to performance, with pieces that look pulled from the stage or an old movie set.

Perhaps it is the designer’s own background as a performer himself (a tenor opera singer, who studied for years at a Paris conservatory) that has allowed him to fully lean into Vivier’s film legacy — and to fully relate to the challenges that performers face today. The Hollywood homage of this collection is the second time that Felloni has channeled film as his way of expressing the brand’s new offerings; for spring ’21, he tapped French actress Isabelle Huppert for an interactive film festival of sorts.

While the film didn’t quite allow for full-on shoemania that one usually experiences at a Roger Vivier Paris Fashion Week presentation, each actress wore a fabulous pair:  Josephine Baker danced around in a olive green velvet and crystal-studded high heel booties, accented at the ankle with a wide band of white feathers. Edith Piaf had a sensible pair of low block heels on as she stumbled onto the stage. Marilyn Monroe had an existential crisis in a pair of strappy gold sandals. Dietrich had her sinister black leather boots. Later on, Grace Kelly comes on stage in a pair of yellow printed satin platform pumps with a tapered square toe and crystal buckle detail, the ultimate homage to vintage beauty in a shoe.

Outside of the film, which debuted today on the brand’s social channels, the fall ’21 collection was populated in equal parts by sensible, daytime flats and low heels, done in square toed buckles and the like, and high-heeled statement shoes, the kind that one might choose for a grand return to socializing in the coming months. That’s all to say that at Vivier, the show will most definitely go on.