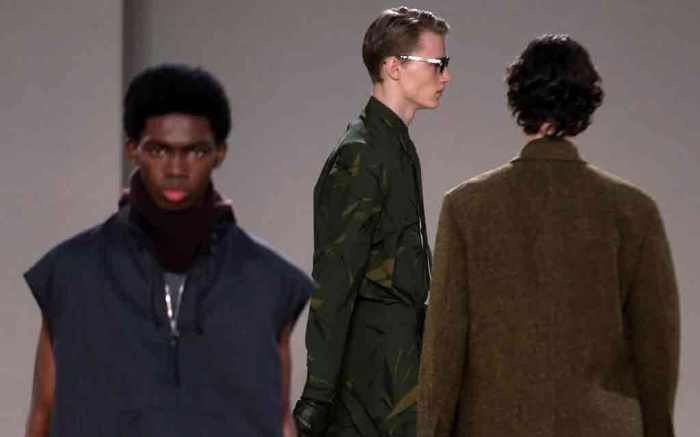 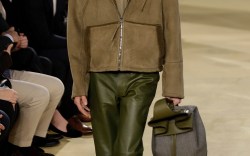 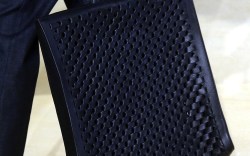 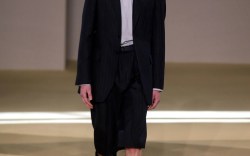 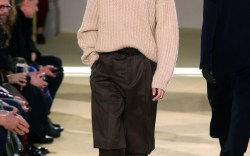 “What makes a man?” That was the question Salvatore Ferragamo creative director Paul Andrew has been pondering.

His fall ’20 collection, which showed on the runway today in Milan, provided an answer — at least where the Ferragamo man is concerned.

He focused on classic male archetypes of soldier, surfer, race car driver, biker, sailor and businessman. The soundtrack featured the James Bond theme, Duran Duran’s “A View to a Kill.”

The Ferragamo man is “typically more of a man’s man,” Andrew noted. But the collection still had nods to genderless fashion — with layered pants, culotte shorts and a color palette that featured pale pink accents.

Men are embracing the opportunity to experiment and explore when it comes to clothing, he said. “Once upon a time, people fit into one of those tropes — and barely moved — but now there’s more freedom. The young millennial is happy to mix all these things,” Andrew noted.

To target that millennial consumer, Andrew mixed it up with the footwear on the runway. Tall boots with leather uppers featured shafts fashioned in the fabric of the garment with which they were paired. Derby lace-ups came in tailored wool fabrications.

“My focus at Ferragamo is about dressing toe to head, so the shoe dictates a lot,” he said. “When I chose the fabrics for the ready-to-wear, I thought it would be amazing to use them in the shoes also.”

After a few seasons of co-ed shows, Andrew — who became creative director last February — elected to show men’s and women’s separately this time around. “I want to give each their own space to breathe,” said the designer, who put his eponymous line on hold to focus on Ferragamo.

Andrew said the brand is in a “unique situation” because the business is almost equally split between men’s and women’s.

As the gender fluidity conversation continues to evolve, Andrew understands the importance of inclusivity.

“It’s an interesting time we’re in because anything does go, and we’ve tried to engage with that in the collection, right down to the boys on the runway wearing eyeliner,” he concluded. “That’s a freedom we want to explore in the 2020s.”

Click through the gallery to see more photos of the Ferragamo fall ’20 collection.