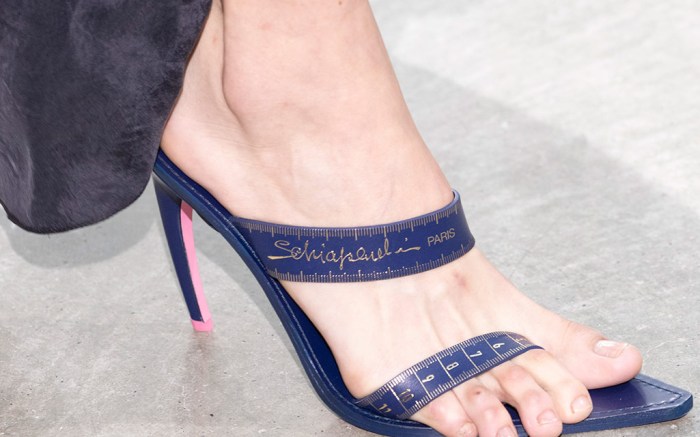 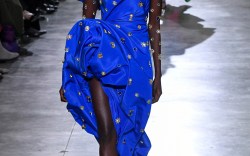 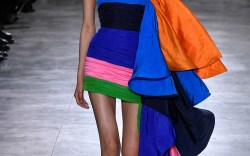 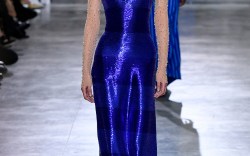 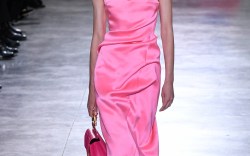 While admittedly the Couture Week focus is always the frocks, for Schiaparelli creative director Daniel Roseberry, the collection he showed on Monday at Paris Couture Week also measured up when it came to the footwear.

Sandals featured tape measure detailing on the straps with Schiaparelli Paris embossed in gold lettering. So far, so surreal. But they also came with reverse comma heel, an extremely asymmetrical toe shape and a reverse-strap situation, so that the big toe went commando while the strap looped around the other four.

The house has an illustrious history of the surreal, and Roseberry is continuing Elsa Schiaparelli’s legacy from top to toe. However, rather than simply plugging the archives, he’s way more meta. He’ll take an idea and rework it in an entirely different context, giving it a surreal spin all his own.

The measuring tape idea comes from the bottle created by the house in 1937 when it launched its “Shocking” fragrance — the Tom Ford “F***ing Fabulous” of its time.  A tape measure served as the label, and the bottle itself was shaped like a woman’s bust, modeled on the American actress Mae West. It came in a box sheathed in shocking pink and gold paper.

Click through the gallery to see images of the full Schiaparelli spring ’20 couture collection.