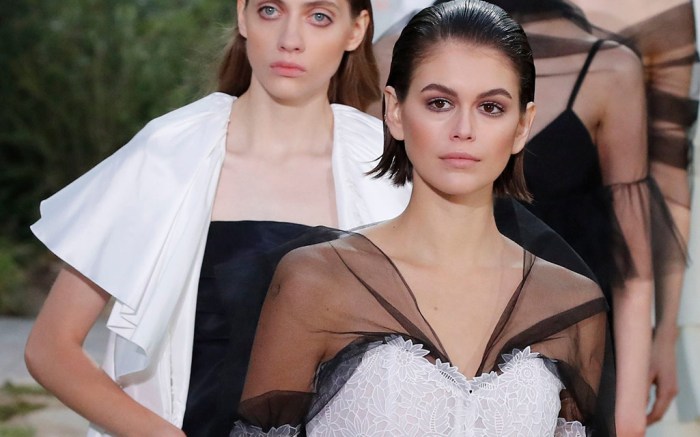 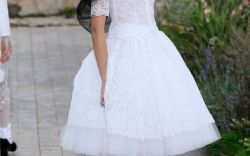 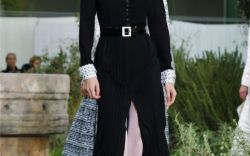 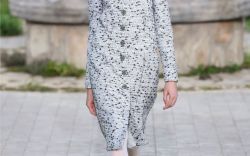 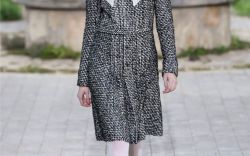 The Chanel spring ’20 couture collection showcased by Gigi Hadid, Kaia Gerber and friends was a quasi-puritanical affair — and the staging recalled the cloisters of an abbey.

Hadid wore a severe, buttoned-to-the-neck affair with oversize rounded collar and matching cuffs — ascetic if you ignored the fact it was slit half way up the thigh.

Meanwhile Kaia Gerber’s look resembled a first communion gown of white tulle overlaid with lace broderie. But while the bustier cut might have been a touch risqué for the altar, the shoulders were veiled in gauzy black.

There’s always been a tension between asceticism and sex, austerity and release, what is concealed versus what is revealed.

Collection inspiration and setting alike drew on the early life of house founder Gabrielle Chanel. She spent her formative years in an orphanage at the Cistercian Abbey of Aubazine in central France and the nave of Paris’ Grand Palais where the show took place, was transformed into the Abbey’s cloister garden.

Unlike Dior, Chanel has never been an “activist” house ,and Marie Grazia Chiuri and Virginie Viard are different women with different aesthetics.

However, for the first time, both of these major Paris couture houses now have women at the helm at the same time. Which is probably not such a bad thing.

Click through the gallery to see all the looks in Chanel’s spring ’20 couture collection.