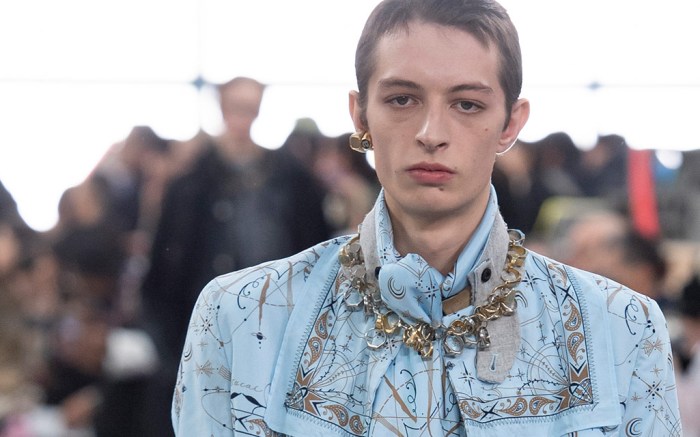 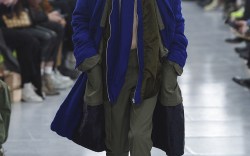 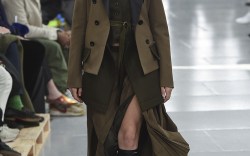 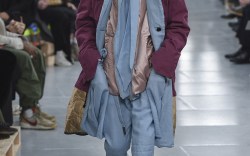 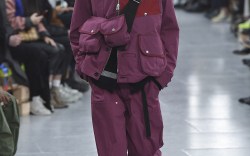 Yesterday in Paris at the city’s Grand Palais, Sacai debuted the next installment of its ongoing collaboration with Nike.

Fashioned in emerald and burgundy or emerald and yellow and black and white, they had a vintage, retro look to them.

Abe told FN backstage that she focused on doing a runner this season because everyone is gearing up for the 2020 Tokyo Olympics in July.

She also revealed that she created a custom model for the Olympics. Dropping in July, this version will come in red and white, the colors of the Tokyo Olympics.

Sacai and Nike fans know the drill by now. These collaborations are so sought after, they don’t even make the shop floor. Instead, Sacai sneakerheads must enter lotteries to get the opportunity to buy.

Elsewhere, dresses in bandana prints were a collaboration with tattoo artist Dr. Woo. Pierre Hardy also featured bandana prints on his fall footwear — so a new trend could be emerging.

Sustainability is always a focus for Abe — she noted that all the puffer jackets in the show were made of recycled fibers.

Click through the gallery to see styles on the runway at Sacai’s Paris Fashion Week Men’s show.