Gucci’s Fall ’20 Men’s Show Was All About Kid’s Clothes, With Mary Janes and Penny Loafers to Boot 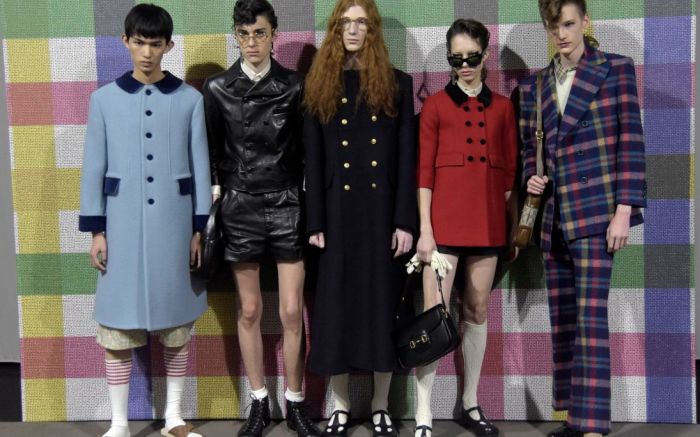 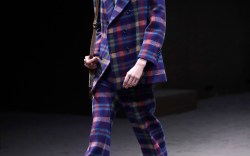 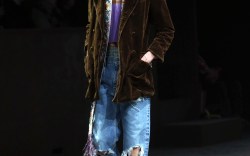 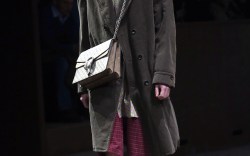 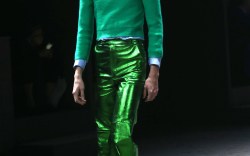 The collection, named Masculine Plural, represented Michele’s take on masculinity today. He wrote in his show notes that the idea was “deconstructing the ideal of masculinity as it has been historically established,” namely “a macho virility ideal that removes vulnerability and dependence.” He opined that it was “time to celebrate a man who is free to practice self-determination, without social constraints, without authoritarian sanctions, without suffocating stereotypes … and in doing his, turning back time, learning to unlearn.”

Silhouettes featured both exaggerated volumes like adult clothing as worn by children plus crops and shrunken pieces like kids’ clothing worn by grownups. The idea, as alluded to in the show notes, being a return to a more naive time before masculine gender identity has been “molded by violently toxic stereotypes.”

Likewise, the invite to the show was a card written in a child’s handwriting, inviting guests to attend a fifth birthday rave. Alessandro Michele was appointed as Gucci creative director in January 2015 so this month marks his five-year anniversary in the role.

The key shoes worn by Michele’s cast were those flat Mary Jane T-bar styles many children wear as school uniform plus penny loafers — this is Gucci after all. There were also a smattering of sneakers and lace-up soccer boots. Many came teamed with school-regulation edition white ankle and knee socks.

Michele collaborated with famous department store Liberty of London on key pieces including shirts, a puffer jacket and a bag all done it that iconic ditsy floral print.

Alongside that Liberty collab, homespun sweaters reading “mon petit chou” (“my little cabbage” in French, a term of endearment) and the new square-shaped box bag like a kid’s lunchbox are set to fill our social feeds.

Michele has said he is calling time on coed shows (which he began in 2016), choosing to split up the sexes once more to better focus on the details. He didn’t construe this too rigidly though, and there were still some women’s looks in the show. However, FN reached out to Gucci, which confirmed that it was officially men’s. If you’re setting out to break down stereotypes, you don’t want to be overly prescriptive.

Gucci usually shows its collections in its Milan headquarters, dubbed The Gucci Hub. However, this season Michele switched things up for new location: the Palazzo delle Scintille. Milan’s answer to Paris’ Grand Palais with its soaring oval-shaped roof, it was constructed in 1923 by architect Paolo Vietti Violi for a velodrome and has since hosted trade shows as well as sporting and music events.

See all the looks from the show.