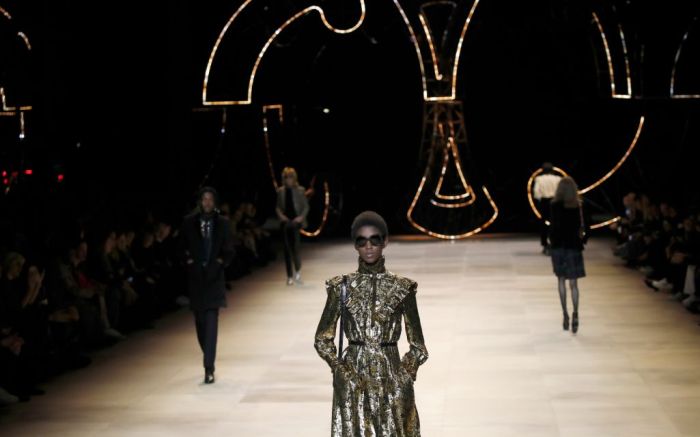 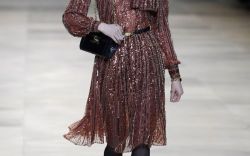 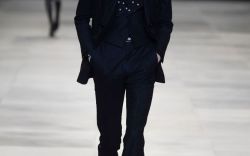 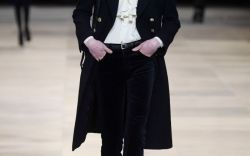 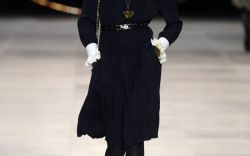 Male models walked the runway wearing the highest of Cuban heels while the show’s female contingent donned platform sandals and brogues that were more vertiginous still.

That Slimane add them to his men’s footwear repertoire was only a matter of time.

In fact, as with his Celine debut, the entire collection was unisex with plenty of new romantic frilled silk blouses and the tweed and plaid that is set to be another key fall ’20 trend. There was also an equestrian theme that we saw earlier today at Balmain, too. Slimane reintroduced the archive Sulky, the two-wheeled horse-drawn carriage motif which first appeared in 1966, and featured here on bags and accessories.