Cuissard Boots and Scorpion Embellishments Ruled the Runway at Balmain 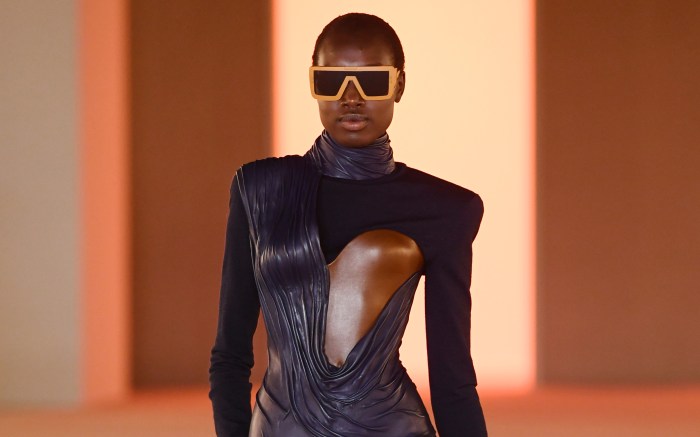 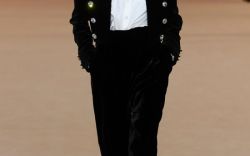 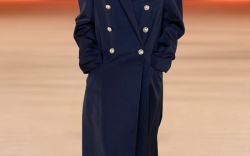 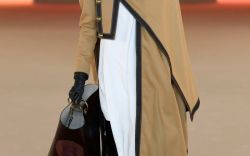 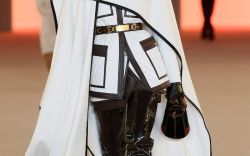 The cuissard has long been a Balmain signature that Olivier Rousteing embraced to the hilt. Fall ’20, presented today in Paris, was no exception and he teamed the majority of his looks with soaring bottom-grazing boots.

The footwear featured his reverse pyramid heels and were done in black, caramel and chestnut, in both leather (reminiscent of chaps, more on that later) and high-shine patent so glossy your could use it as a mirror to reapply your lipstick.

However, shoes came with a sting in the tail: The cuissard alternative, an ankle boot, proved just as fierce with stiletto heels and glittered with crystal scorpion-shaped embellishments.

Evident throughout the ready-to-wear collection was an equestrian theme reinterpreted with a contemporary twist. Horse blankets became capes. Stirrup details showed up on belts and silk scarves printed with horses. Meanwhile spurs were fashioned into dresses and knitwear. There were also a handful of looks where classic couture techniques such as pleating and draping were applied to Atsuko Kudo latex to dramatic effect.

The documentary film, “Wonder Boy,” which tells the story of the Rousteing’s quest to find his biological parents, (the designer is Ethiopian and Somali but was adopted as a baby by a French family from Bordeaux) is up for an award at tonight’s Nuit des César, France’s equivalent to the Oscars.

Apropos of that, Rousteing said in his show notes that the aforementioned classic French bourgeois codes were a nod to a privileged world that was once beyond his reach due to the color of his skin.

“Paradoxically the collection adapts those symbols of upper-class exclusion and twists them to turn the focus on a wider and no-longer closed-off world — one of open doors and open minds,” he wrote. “My team and I have subverted the old and restricting class codes of previous generations, rethinking and modernizing them in order to offer something fresh and very much of today — an array of designs that is now open to all, once which reflects the inclusive values of today’s Balmain and the beautiful diversity of a truly modern France.”

Now that’s definitely something to celebrate.