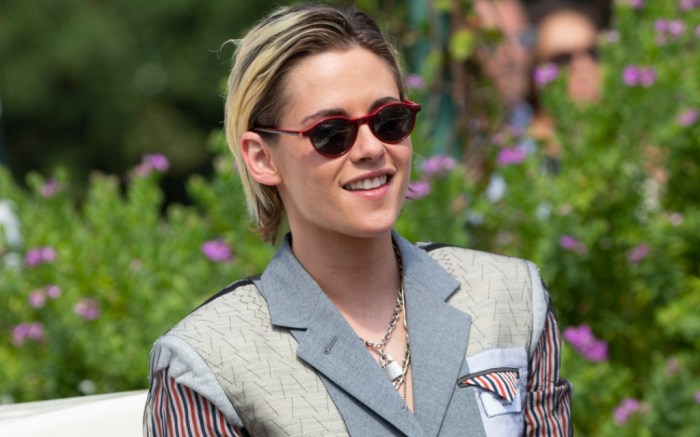 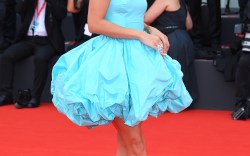 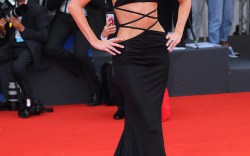 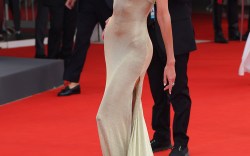 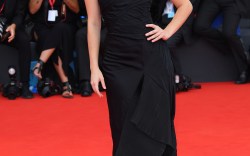 The governor of Italy’s Veneto region, Luca Zaia, announced Sunday that the 77th edition of the Venice Film Festival will run as scheduled from Sept. 2-12.

According to Deadline, Zaia, who is also on the festival’s board of directors, said there will likely be fewer films on show — due to global production stoppages resulting from the coronavirus pandemic.

However, while the festival will provide a welcome boost for Italy’s economy — Venice’s northern region has been devastated by the coronavirus — it could be a more dialed-down fashion affair.

Is traditional high-octane glamour still appropriate or will celebrity attendees elect for a more casual approach when it comes to red carpet dressing? In the latter case, Kristen Stewart could be the perfect must for the festival’s upcoming incarnation.

Stewart has a predilection for wearing flats on the red carpet. At the 2019 Venice Film Festival, she went low on at least two occasions — opting for a pair of black and white brogues by Christian Louboutin and black leather creepers by Tuk.

In November, she arrived at London’s “Charlie’s Angels” premiere wearing Chloe Gosselin heeled sandals, but later changed into Nike’s Cortez sneakers while signing autographs and posing with fans on the red carpet.

The ripple effect of COVID-19 is resonating throughout the fashion industry — from the ways designers are choosing to show their collections to the retail calendar. The new normal is ushering in a whole new set of new rules.

The news that Venice will go ahead as planned was released the same day that would have seen the culmination of the cancelled 2020 Cannes Film Festival.

The announcement came a week after the news that Italy will lift the travel restrictions imposed to stem the spread of coronavirus and reopen its borders for tourism on June 2. Cinemas will reopen June 15.