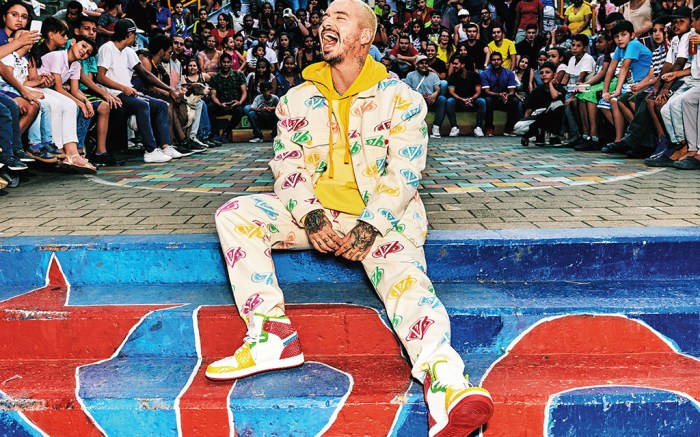 J Balvin is back with another Guess collaboration. The singer teamed up with the brand for a spring ’20 capsule collection and campaign inspired by his upcoming new album.

Called Colores after his fourth solo studio album, which launches next month, the Guess line incorporates red, yellow, green, blue and purple tones into each piece through tie-dye detailing and the brand’s logo.

Plus, the chart-topping musician, born José Álvaro Osorio Balvin, shot the campaign in his hometown of Medellín, Colombia, using yet another platform to showcase the beauty of his country.

Early access to the collection, made for men, women and kids, will be available at pop-up shops in Chicago, Los Angeles, Miami and New York from March 20 through March 22. The full GUESS x J Balvin Colores collection will hit stores and websites on March 27th.

This isn’t the first foray into design for Balvin. He has teamed up with some of the biggest names in the industry for style projects, including with Guess for a spring ’19 collection and campaign, as well as with Bape. The singer is also dipping his toe into the world of footwear, having confirmed to FN that his debut shoe collaboration will drop sometime this year.

In December, FN awarded him the Style Influencer honor at the 2019 Footwear News Achievement Awards for his unique taste and affinity for fashion. “When I was a kid, I was always curious to dress differently, but I’m still finding my style,” he told FN. “It’s like music. The more I do it, the more I find myself. At the end of the day, fashion is expression; it’s art.”