As we continue in our commitment to elevate diversity, inclusion and equality conversations, FN is shining a light on Black-owned businesses in honor of Black Business Month. For these next few weeks, we encourage you to get to know these incredible Black-owned companies and support them all year round.

“I’ve always been obsessed with heels for as long as I can remember,” she said. “Sporting them for 7 to 10 hours a day, I just had to figure out a way to make them more comfortable for myself.”

After trying numerous over-the-counter insoles and pads inside her heels to no avail, Jackson experimented with putting rubber on the outside of her heels near the ball of the foot. Finding relief from this method, she began taking up to 30 pairs per week to her shoemaker to fashion the rubber on the soles permanently. From there, the idea of Shoe Gummi was born.

The outer-soles are made to prevent metatarsalgia, a painful condition in which the ball of the foot becomes inflamed due to pressure placed on the metatarsal bones. Like many orthotics on the market, Shoe Gummis are made with shock-absorbing EVA foam. But unlike traditional insoles, they don’t take up extra room inside heels that may already be too-tight or narrow. They’re also a quarter inch thick to offer cushioning underfoot without impairing a woman’s balance. 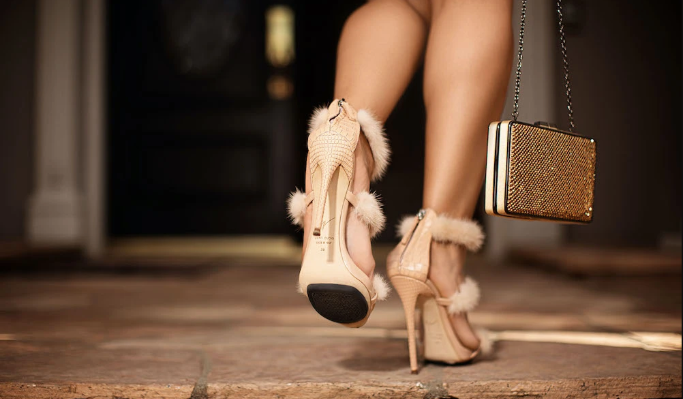 Through her musician boyfriend and current business partner Nelly, Jackson was introduced to Dr. Richard Lehman, a renowned orthopedic surgeon based in St. Louis, Missouri (his accolades include serving as a consulting physician for four Olympic Games and being inducted into the St. Louis Sports Hall of Fame). Dr. Lehman was impressed by the product after taking x-rays of a woman’s foot in 5-inch heels, both with and without Shoe Gummis attached. He noted how the outer-soles could relieve pressure from the forefoot and even improve a wearer’s postural alignment to avoid future joint pain.

What’s more, Shoe Gummis are wear and heat-resistant, complete with anti-slip ridges and a durable adhesive. Jackson claims that even after she’s walked 100 miles in a pair of heels with Shoe Gummis, the adhesive on the outer-soles is still intact.

Creating the unique design wasn’t an easy process for Jackson, however. She spent five and a half years perfecting the product before it officially launched in 2019. This included teaming up with footwear research lab Heel Luxe to make the outer-sole more stable, switching from a square to rounded toe silhouette. The prototype underwent extensive testing and hundreds of computer-aided design drafts before becoming the current model.

“The lead-up to introducing Shoe Gummi to the world was a whirlwind of research, development and trial and error. It was easy to become frustrated; I had to go back to the drawing board many times.”

Jackson also endured a two-and-a-half year-long process filing a patent for her product. She initially faced an “obviousness rejection,” in which the examiner deems an invention too obvious to earn intellectual property rights. Shoe Gummi was also thought to be too similar to products already on the market, being likened to existing non-slip shoe pads. Proving her design’s originality as truly the first orthotic placed on the outside of a heel, Jackson earned the patent for Shoe Gummi in 2018.

What wasn’t quite so difficult? Getting the word out about Shoe Gummi. Prior to its launch, Jackson showcased her product while appearing on “Nellyville” and “the Platinum Life.” Today, she uses her social media platforms — which boast nearly 2 million total followers — to promote Shoe Gummi (as well as her beauty brands Fanci Goods and Chic Beaute’) through organic content and paid advertisements. 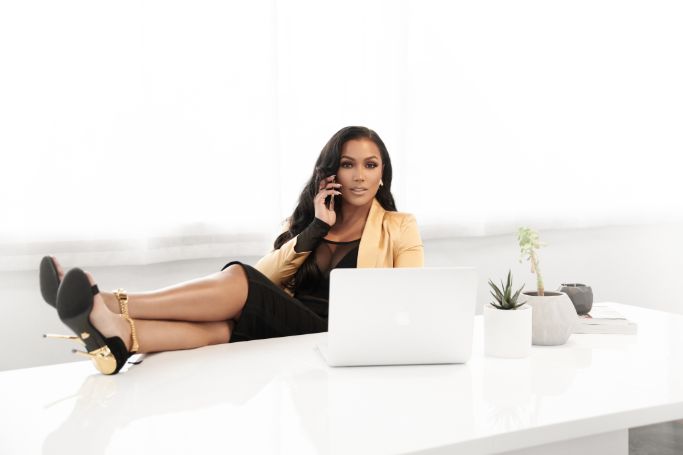 And it doesn’t hurt, either, that her equally famous friends are supporters. Jackson recalls being asked by model Nazanin Mandi Pimentel to outfit her bridal heels with Shoe Gummis for her wedding to singer Miguel in 2018.

Despite some business woes, Jackson feels proud to have produced a product designed to improve the lives of women.

“It’s rewarding to see some of the reviews I’ve gotten. One customer had an accident that left her with screws and pins in her ankle; until she tried Shoe Gummi, she hadn’t been able wear high heels. Comments like that mean so much to me and give me the constant push to make my company better.”

To date, the brand has sold over 2,000 outer-soles and amassed over 32,000 followers on Instagram. The design is sold exclusively on Shopify.com for $35. 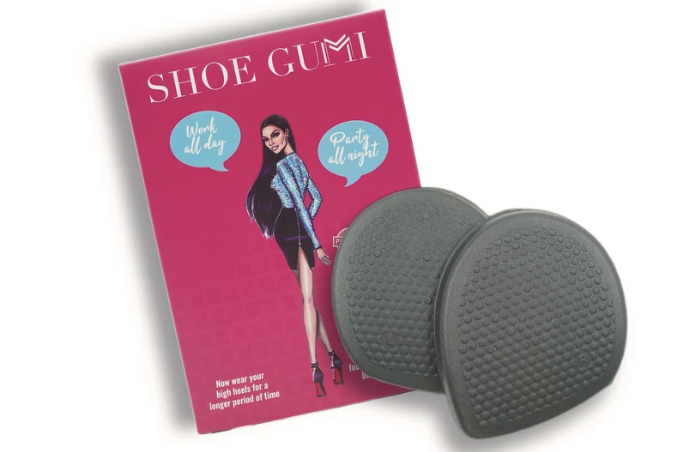 As the next phase of growth for her business, Jackson plans to release a Shoe Gummi fit for pointed toe heels as well as expanded size offerings. (Shoe Gummi currently only comes in one size fit for a women’s size 7 to 9.5 shoe.) She also aspires to sell her product in pharmacies and department stores around the world.