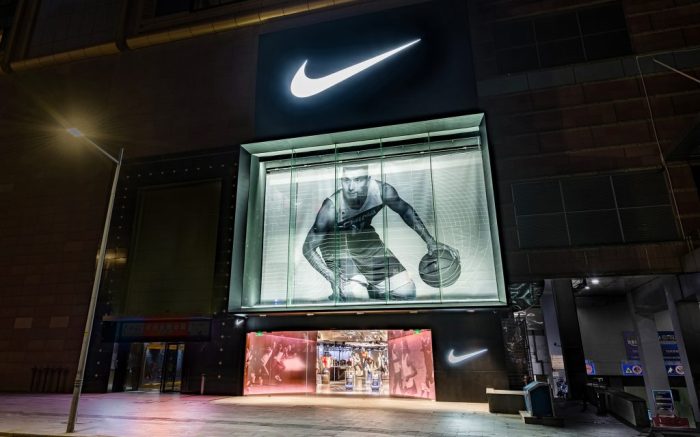 Nike is gearing up for the spooky season with a new-look, Halloween-themed Air Max 97, which is reportedly expected to release in October.

These Air Max 97 sneakers lack an in-season orange colorway, instead opting for a monster slime-colored silhouette. They feature a black base with contrasting purple panels and bright crimson Swoosh branding. Detailed with glow-in-the-dark slime and iridescent piping, the outsole of the shoe makes for a unique look.

Although reports state the shoe will arrive next month, Nike has not revealed the release info at time of publication.

These Nike slime sneakers aren’t the only footwear that Nike has designed for the Halloween season. This month, Nike revealed its latest Freddy Krueger-inspired shoes that feature velvet brown, team red and university red hues with a gray suede toecap and a black-and-white checkered tongue.

In addition to these autumnal hues, the brand also unveiled the Air Trainer 3 “Dracula” and the Blazer Mid “Spider Web.” Even its  most popular sneaker — the Nike Air Force 1 — is getting a Halloween makeover with a bold orange leather upper and matching tongue, laces and sock liner. The “Skeleton” sneaker will feature a graphic of the foot’s skeletal bones printed on the sides.

In other news, Nike recently collaborated with Foot Locker on a new platform dedicated to the Air Max franchise through Google Slides. Serving as the home of events and updates for upcoming Air Max releases with direct links to buy the shoes, “The Endless World of Air Max: A Google Slides Experience” is designed to be a culture and entertainment hub for sneakerheads.