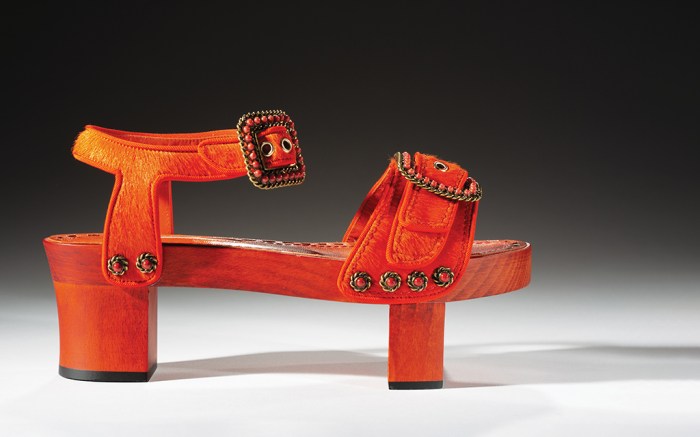 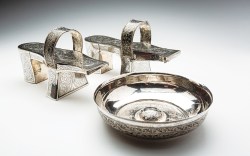 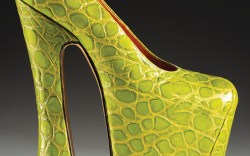 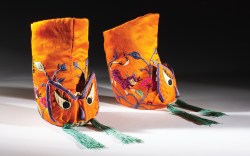 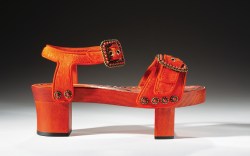 Shoes have increasingly become the center of attention when it comes to fashion, from Christian Louboutin’s now iconic red soles to limited-edition Air Jordans. Chronicling the history of footwear dating back nearly 5,000 years is the Bata Shoe Museum, celebrating its 25th anniversary this year with today’s release of, “The World at Your Feet: Bata Shoe Museum,” a book telling the story of 100 shoes in its collection.

“Each artifact in the collection has so many things it can reveal to me that every time I turn my attention to one, I am utterly fascinated,” said author Elizabeth Semmelhack, creative director and senior curator of the museum, about the museum founded by Sonja Bata to house a collection she began amassing after World War II through travels with her husband, Thomas Bata, heir to a global shoe manufacturing and retail enterprise.

Published by Rizzoli, the book retails for $50 and is available online.

Here, Semmelhack talks about the most influential periods of footwear history, legendary designers, and the role men’s shoes have played.

Which shoe designers have had the most impact?

Elizabeth Semmelhack: “Going back to the ’30s, Andre Perugia was incredibly important as was Salvatore Ferragamo, and  I have a soft spot for Roger Vivier. Having said that, you’d have to go back a little bit further and look at François Pinet who made footwear in the late 19th century. It’s the reason why we celebrate designers such as Manolo Blahnik and Christian Louboutin today. He made it so that a shoe designer could make shoes so elegant that their name would be on the tip of everybody’s tongue. We also have to give a nod to Beth Levine. “

How does the museum secure its archives?

EH: “The collection is now getting close to 15,000 artifacts and [acquire] footwear in a wide range of ways. [For example], something comes up for auction at Christie’s, an antiques dealer who comes across something interesting, to someone who comes in off the street with an amazing family artifact they came across when cleaning. It can be something that’s just come up for sale and we’re interested in purchasing it or have it donated. There’s competition to acquire [shoes] since there are not only standalone museums interested in footwear, but The Metropolitan Museum of Art and other costume collections that rightfully need footwear.”

Who are among the celebrities, past and present, that have had a strong influence in shoe fashion?

EH: “Think of Carmen Miranda [’30s to ’50s] and her platform shoes. She was famous for her footwear [style] and her shoe collection. She was an early example of media promoting this idea of women and their love of footwear.”

Have men had an interest in shoes over time?

EH: “One of the challenges in the collection of historical men’s footwear is that during the 18th century, the age of Enlightenment, there were ideas that defined masculinity, one [advocating] men didn’t love fashion. [Therefore], footwear wasn’t necessarily kept. Similarly, women’s footwear in the collection tends to be really small, not because there weren’t women with bigger feet, but there were cultural ideals that beautiful women had very small feet and larger footwear was not kept. Museum collections reflect larger cultural biases.”

Who are today’s footwear influencers?

EH: “We have many, many more icons [today]. What’s nice about it, is it means there’s a much larger diversity of who we idolize and we interpret [their style]. This speaks to the fact we’re opening up as a culture. Hollywood in the ‘30s was not very inclusive. While [today] it might seem like a cacophony of too many influencers, it speaks to the fact that we’re not beholden to a single idea of femininity.“

How is footwear indicative of specific periods of time?

EH: “Every time you look at something that was mass consumed, it met some kind of desire of that moment and was very successful. The same thing can happen with movies, books, and any other kind of popular culture. If it is mass consumed, then it reflects and speaks to its time period.”

Sneakers are among the hottest footwear categories. How can more women be brought into that conversation?

EH: “I think that things are opening up and women are being allowed to participate in sneaker culture. But, we do have huge concerns culturally about women and athleticism. For example, we have tons of male athletes who get signature shoes, and men, women and children, want to wear them. But, Serena Williams, who is such a power house and has signature shoes, doesn’t get the same traction. It has much more to do with our larger cultural ideas about femininity and athleticism. These need to be challenged more before women and sneaker culture are allowed to play nicely together.”

As a footwear historian, how do you think people will dress post-COVID-19.

“I think it depends on the length of this event, but I’ve [heard] people say they don’t want to put on their hard pants compared to sweat pants. I think the more we’re at home and get used to being in comfortable clothes, I absolutely see a continuation of that in public life. Or, when we finally get [past] it, I could also see people wanting to have a reason to dress up again. But, you might have to look a certain way at the [workplace], so there will still be a demarcation between fancier dress and pajamas. Maybe there is an opportunity there to redefine street wear in a way that allows it to be professional while also comfortable.