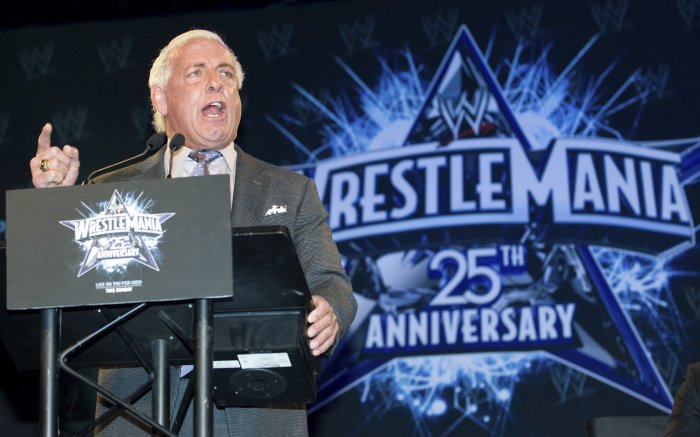 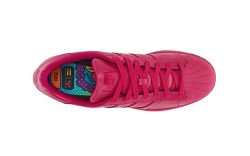 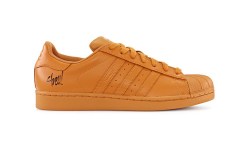 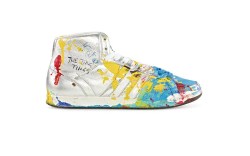 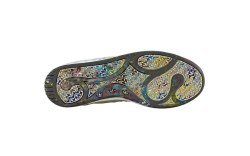 Ric Flair took to his social media today to announce his latest shoe collaboration with Adidas. His wildest pair of sneakers yet, are a fresh take on NBA All-Star Damian Lillard’s shoe. The wrestling robe-inspired sneakers feature a white outsole creased with metallic gold patterns.

Thank You Adidas For The Opportunity To Show The World That Stylin’ And Profilin’ With Naitch And Dame Is Even Cooler Than Being Like Mike! WOOOOO! COMING SOON!!! @damianlillard @adidas

“Thank You Adidas For The Opportunity To Show The World That Stylin’ And Profilin’ With Naitch And Dame Is Even Cooler Than Being Like Mike! WOOOOO! COMING SOON!!! @damianlillard @adidas,” he captioned his post.

The professional wrestling legend, who was inducted into the WWE Hall of Fame in 2008, signed on with the German-based sportswear giant last year.

His iteration of Lillard’s shoe borrows details like the lightweight knit and suede uppers but the tongue features a large black Damian Lillard logo and Ric Flair’s signature along the side. The gold patterning of the shoe borrows from Flair’s infamous gold wrestling robes.

This is just the latest collaboration in a string of impressive deals that the footwear giant has clinched. Earlier this week, Adidas announced a partnership with Lego to release a collaborative shoe inspired by the iconic Lego bricks.

Adidas also has a new sneaker collaboration with the video game studio CD Projekt. The two brands have worked to design the Cyberpunk 2077 x Adidas X9000L, which showcases a black silhouette designed for the “fast pace and high energy of our hyperconnected world.”