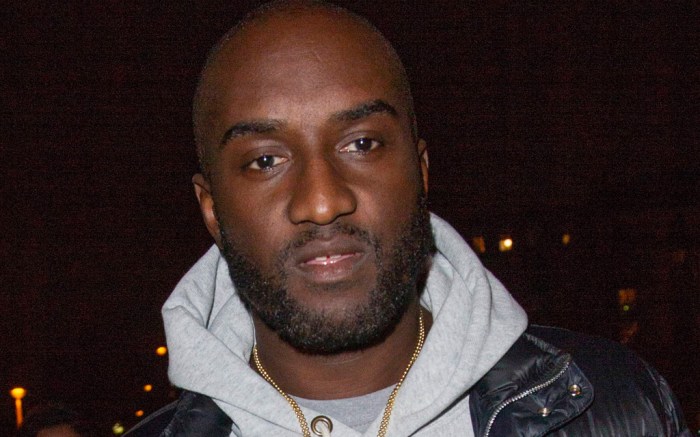 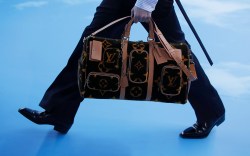 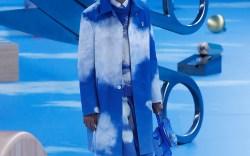 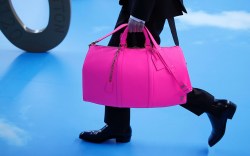 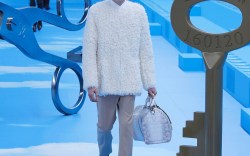 Lucien Clarke just made history, as he signed on as Louis Vuitton’s first skateboarder ambassador and designed his own pro model shoes which are launching soon.

In an advertisement for Thrasher Magazine, Clarke wore a printed blue denim shirt and pants combo with a matching flat brim hat.

WHERE DO I START? I DESIGNED MY FIRST PRO SHOE FOR LOUIS VUITTON AND SHOT A SKATE ADVERT FOR THRASHER 🤯NBD… VIRAL❗️❗️❗️❗️❗️❗️THIS IS ONLY THE BEGINNING… MAJOR SHOUT OUT TO VIRGIL FOR FLIPPING THE MF SWITCH! VIDEO PART DROPPING END OF 2020 🆙🆙🆙 ✊🏽✊🏽✊🏽 @virgilabloh

“WHERE DO I START?I DESIGNED MY PRO SHOE FOR LOUIS VUITTON AND SHOT A SKATE ADVERT FOR THRASHER 🤯NBD… VIRAL❗️❗️❗️❗️❗️❗️THIS IS ONLY THE BEGINNING…
MAJOR SHOUT OUT TO VIRGIL FOR FLIPPING THE MF SWITCH! VIDEO PART DROPPING END OF 2020 🆙🆙🆙 ✊🏽✊🏽✊🏽 @virgilabloh,” the skate legend captioned his Instagram post.

He gave plenty of shout outs to designer Virgil Abloh, who currently heads the menswear for the French fashion house.

The two have been working closely to release a video component for the past year and the first official Louis Vuitton x Lucien Clarke ad appeared in the new edition of Thrasher today.

just signed Jamaica’s own @lucienclarke to 𝓛𝓸𝓾𝓲𝓼 𝓥𝓾𝓲𝓽𝓽𝓸𝓷 as the first skater deal of this type. gave him free reign to design his pro model. been filming clips for a year now. first official advert is in the @thrashermag that’s shipping in a second…

Clarke’s signature Louis Vuitton skate shoe features a Virgil Abloh-designed silhouette channeling the puffy early 2000s skate silhouettes with a layered mesh and suede upper. The upper has Clarke’s full name printed on the lateral midfoot, a Louis Vuitton stamp on the rear of the outsole and three Louis Vuitton monogrammed graphics near the heel.

The shoe features a black/orange and green/gray colorway. Its midsoles are thick and semi-translucent connected by a midfoot plate.

Clarke has previous experience with the designer brand, having modeled in Louis Vuitton lookbooks and walked in its runway shows. The Jamaican native joins a star-studded list of Louis Vuitton ambassadors including A-listers Emma Stone and Alicia Vikander.