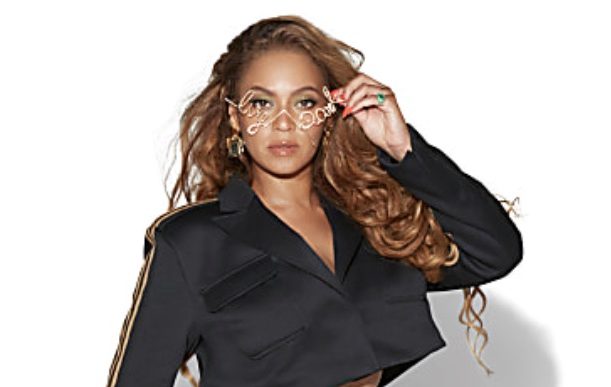 Beyoncé has released her highly anticipated Adidas x Ivy Park “Black Pack,” and Twitter is shook over how quickly items have sold out.

The “Halo” singer announced the collection earlier this month — just weeks after the two brands dropped their first-ever fall collection at the end of October. Revealing Drip 2 a.k.a. the “Black Pack,” Beyoncé took to Instagram to share that the capsule, which features everything from leggings and biker shorts to jumpsuits and mini skirts, would be available at Adidas.com on Nov. 17.

Now that the day has come, some beehive members are tweeting over missing their opportunity to purchase some apparel.

One social media user wrote: “I’m so sick of not being able to any IVYPARK,” one user wrote.

Im so sick of not being able to get any IVYPARK

Ivy Park is sold out AGAIN??? Beyoncé must be making about 10 copies of these outfits MAX. Where's the manager????😤😤😤😤😤😤😤 pic.twitter.com/tIU2Rw35KF

tried to get ivy park again. and it sold out… again. pic.twitter.com/CLWZN43qct

Another tweeted: “Ivy Park is sold out AGAIN?? Beyoncé must be making about 10 copies of these outfits MAX. Where’s the manager?????”

“Tried to get ivy park again. and it sold out… again,” said a different social media user.

“I tried to get that Ivy Park cutout dress and it sold out in 10 seconds,” a different tweet read.

While some had no luck purchasing Ivy Park, others scored big.

“Yassss got my Ivy Park Black Pack order placed before it sold out,” said one fan.

Yasss got my Ivy Park Black Pack order placed before it sold out🙌🏽🙏🏽 pic.twitter.com/2SrWveZWWJ

MY IVY PARK ORDER WENT THROUGH

“MY IVY PARK ORDER WENT THROUGH,” said another.

The collection includes a see-through black jacket made of mesh fabric that retails for $180; a $140 knit bodysuit that features adjustable straps for the perfect fit; a black and caramel knit dress with a neon lining that retails for $130 and a mesh sleeve body suit that zips up on the front for $80. The capsule also includes a 3-stripe suit jacket, crop tops, belt bags, fanny packs, beanies, baseball caps, face masks, socks and more.

At this time the Ivy Park x Adidas “Black Pack” sale has been paused temporarily, according to the website.

Along with the new apparel comes a new footwear silhouette for the collab, a high-top white sneaker complete with an adjustable ankle strap, classic Three Stripes accents and mixed material uppers.

The “Drunk In Love” singer previewed the new sneakers and a jumpsuit from the “Black Pack” last August when she was spotted leaving a secret photoshoot in New York. The 3-Stripes Jumpsuit, which retails for $150, appears to be one of the items that is currently sold out.

Beyoncé released her debut collection with Adidas through her athleisure line Ivy Park at the beginning of 2020, and it quickly made headlines due to its stylish nature and unique drop.

The Adidas x Ivy Park “Black Pack” had an American drop at Adidas.com on Nov. 17 followed by a global online drop on Nov. 18 and an in-store release on Nov. 19.