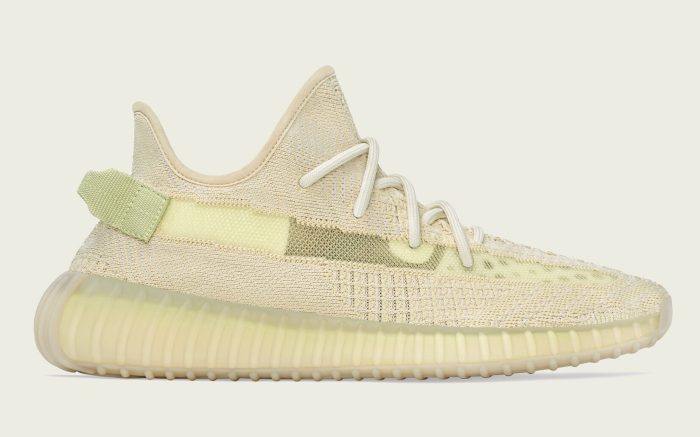 Fans who can’t get enough of the Adidas Yeezy Boost 350 V2 releases, there are three more colorways dropping this weekend — but each iteration will only be available at a select region across the world.

The sportswear giant announced today that the “Flax,” “Earth,” and Tail Light” colorways are releasing on Saturday. Similar to past releases, each pair features breathable Primeknit uppers with a translucent stripe detail running across the lateral side and a pull tab on the heel, which sits atop the brand’s popular Boost technology for its midsole.

The yellow-based “Flax” colorway is releasing exclusively in Asia Pacific, Africa, the Middle East and India, while the gray “Tail Light” makeup will be available in Europe, Russia and Ukraine. Lastly, the dark brown “Earth” iteration is arriving in North America as well as in Latin America.

According to the brand, all three styles of the Adidas Yeezy Boost 350 V2 will be launching this Saturday on Adidas.com/Yeezy as well as through its Adidas app and at select Adidas Yeezy stockists for $220 each.