Skechers Releases New Dr. Seuss-Themed Collection With ‘The Cat in the Hat’ 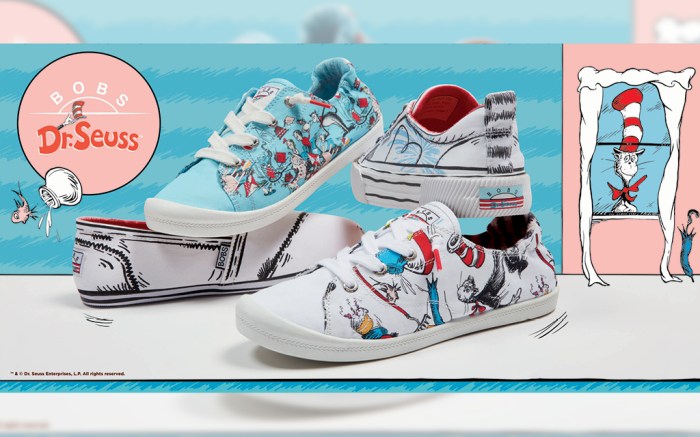 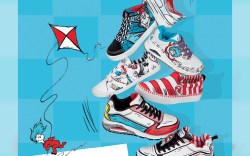 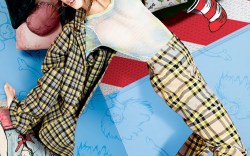 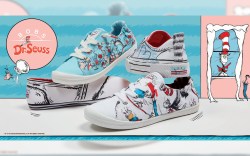 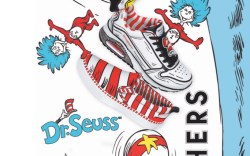 Dr. Seuss is about to get his own line of Skechers shoes as Skechers now offers a line of Dr. Seuss-inspired shoe print designs available now at Skechers.com.

“Dr. Seuss is one of the world’s biggest cultural icons — read, shared and celebrated by millions since the 1950s. And now his legendary characters and vivid designs are here to walk the walk, in the spirit of his great talk,” said Michael Greenberg, president of Skechers.

The Manhattan Beach, Calf., footwear giant is taking their most popular footwear styles and infusing them with Dr. Seuss designs to offer a creative new shoe suitable for adults and children alike.

The Skechers x Dr. Seuss is a multi-year collection that will that launches with the iconic book “The Cat and The Hat.”

Future collections are planned with characters and designs from Dr. Seuss’s other tales including “Green Eggs and Ham”, “One Fish, Two Fish, Red Fish, Blue Fish”, “Oh, the Places You’ll Go!” and “How the Grinch Stole Christmas.”

Popular styles such as Skechers Street, BOBS from Skechers and Skechers Kids will be the canvas for designs such as the Cat in the Hat himself and Thing 1 and Thing 2.

The collection will be available in select Skechers retail stores this September in the United States, Canada and Europe. It will expand to exclusive markets worldwide.

Previously, Skechers has done collaborations with big-names such as their Skechers x Star Wars kid’s collection to their brand ambassadors like Dodgers pitcher Clayton Kershaw and NFL Hall of Famer Howie Long. In the spring, Skechers released new slide sandals that featured elements from “Sailor Moon”, a Japanese anime series.

Although Skechers had to shuttered all of its stores at one point due to the global pandemic, the company still reported record sales in ecommerce business.