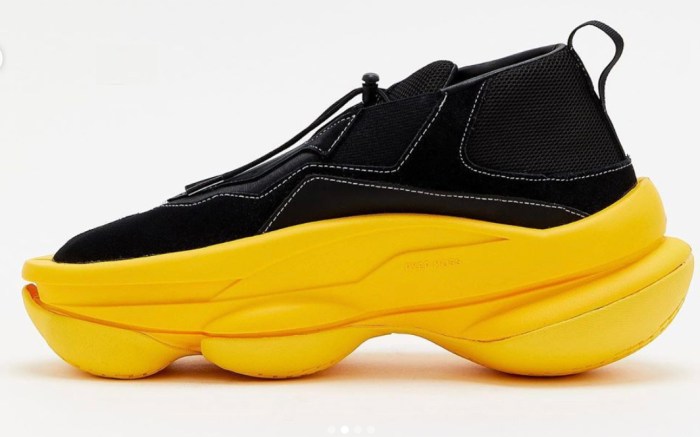 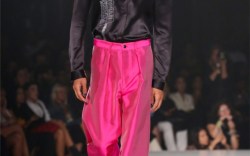 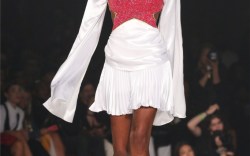 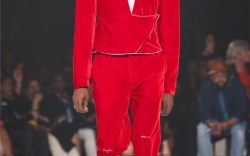 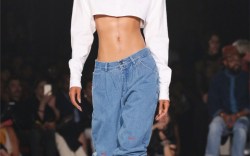 Pyer Moss just introduced its first in-house sneaker called the Sculpt, which is set to release Oct. 3. Coming in a black and yellow colorway, the Sculpt is designed by founder Kerby Jean-Raymond using the brand’s frequent collaborator Reebok’s Fury technology.

We started working on this shoe in 2017. We were told it couldn’t be done for so many reasons but we persisted and here they are. The Sculpt — Pyer Moss’ first shoe. Available October 3rd, 12PM EST along with the 2nd Offering of Collection 3.

Almost entirely un-branded, except the label on the midsole, the sneaker is designed with a mid-top bootie that slopes downward in a mixed black mesh and suede panel material featuring white topstitching. The oversized yellow outsole features rounded outsole pods and a bumper near the toe and rear with carved-out details along the side.

A unisex silhouette, the sneaker has an asymmetrical profile with mesh and suede panels forming a cutout section on the mesh tongue. The shoe makes for an easy slip-on due to its stretch webbing at the sides and is designed with a toggle rope lacing system for secure comfort.

The Sculpt retails for $595 and will be available at PyerMoss.com starting Oct. 3 at noon ET.

Just this past June, Jean-Raymond announced a new iteration of his Reebok by Pyer Moss Experiment 4 trail sneakers. A portion of the proceeds from the sneaker’s sales went towards the Innocence Project, which works to exonerate individuals who have been wrongly convicted of crimes as well as works towards reform of the criminal justice system.