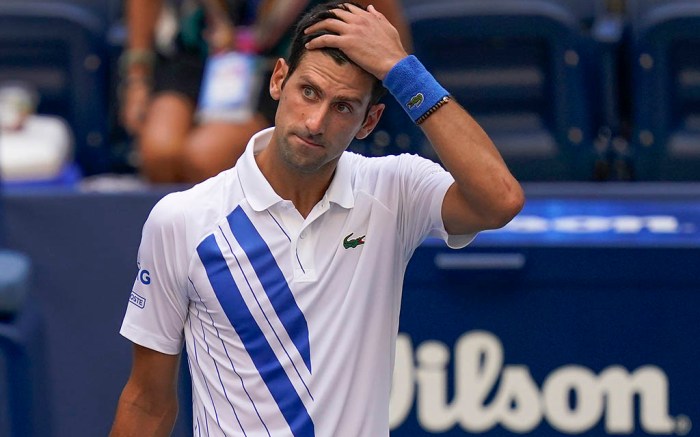 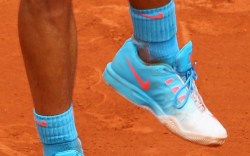 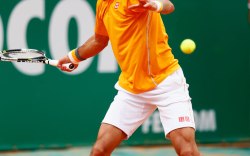 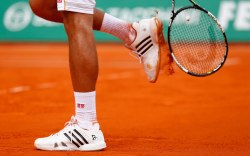 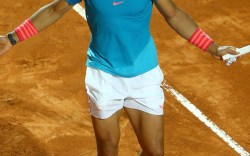 Novak Djokovic has been defaulted from the U.S. Open today after he hit a ball out of frustration that subsequently struck a lineswoman in the throat.

The freak hit caused the lineswomen to fall to the ground on the court.

Top-seeded Novak Djokovic was defaulted from his fourth-round match at the #USOpen after he accidentally hit a line judge with a tennis ball Sunday. pic.twitter.com/TTstxZB2Jw

Djokovic was the number one men’s player and the number one seed for the U.S. Open. He was defaulted while trailing 5 to 6 in the first set of his fourth round against Pablo Carreño Busta.

Upon losing the final point of the game, Djokovic went to smack the ball with his racket towards the back of the court, but instead accidentally hit the lineswoman.

Wow. Wow. No. 1 seed Novak Djokovic has been defaulted from the U.S. Open after hitting a ball in anger that then hit a lineswoman in the throat and she fell to the court.

Djokovic plead his case, but those are the rules.

Reportedly, players have been defaulted for less. Djokovic immediately went to aid the woman and after a long discussion with the tournament referee, Djokovic was defaulted.

As a result, Carreño Busta, the 20th seed from Spain, has advanced to the quarterfinals.

Earlier this summer, it wasn’t clear whether or not Djokovic would be able to participate in the U.S. Open, after he tested positive for coronavirus in June following an exhibition event he hosted in Serbia and Croatia.

Djokovic signed with Asics at the beginning of 2018 following his previous contract with Adidas. As part of its spring ’18 collection, the brand released a performance shoe in collaboration with the 17-time Grand Slam champion titled the Gel-Resolution Novak.