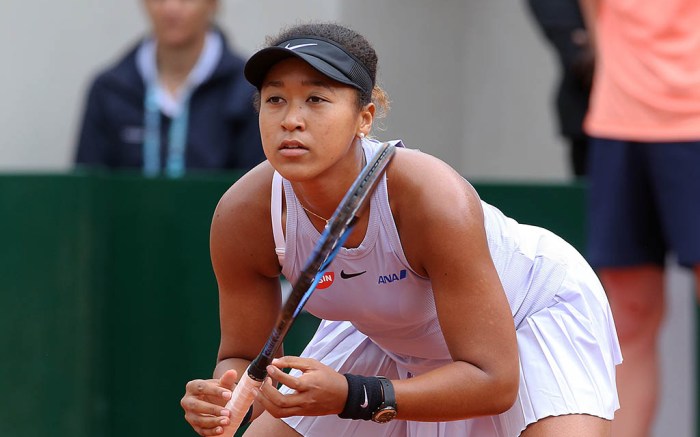 Naomi Osaka revealed her latest collaboration with Nike and Comme des Garçons, which is set to release in November. In a post to her Instagram, the 22-year-old tennis champion from Japan debuted her collection in a series of artistic portrait-style shots.

In her second photo, she teased her new Nike x Comme des Garçons white blazer before revealing the sneaker collab. The classic shoe takes the Nike Blazer Mid and gives it a new twist with influences from Rei Kawakubo’s infamous designs.

Instead of a smooth leather, the upper is fitted with canvas and the suede mudguards and toe caps contrast the texture. Laid across the shoe is a block font with the words “COMME des GARCONS” and “Naomi Osaka” printed repeating. Osaka has signed her name on her pair and even added “Home is where the heart is” across on side.

This season, Osaka is ranked number one by the Women’s Tennis Association and is set to play at the U.S. Open at 9 p.m. ET against Misaki Doi. It’s day one of the U.S. Open, which is taking place this year for the first time without on-site fans. The championship, which is being held at the Winged Foot Golf Club in Mamaroneck, N.Y., goes through Sept. 13.

This summer, Nike revealed its Play Academy alongside Laureus Sport for Good and Osaka, who’s been a brand ambassador for the athletic giant since April 2019. The girls-only program launched in Tokyo and aimed to level the playing field for females by emphasizing fun and positive play experiences that build community organization.