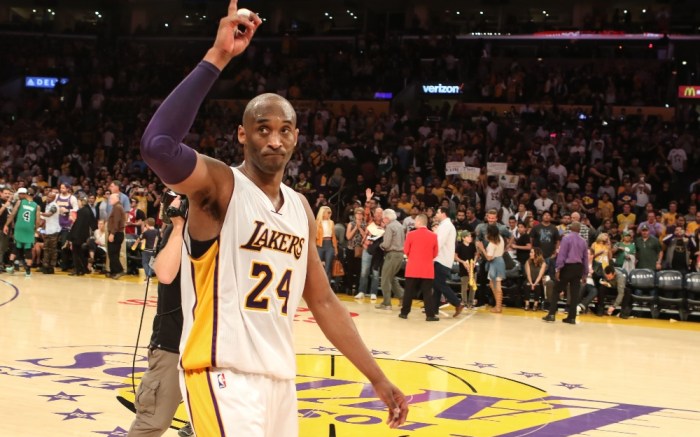 The jersey, which was originally designed by Bryant in the 2017-18 season, features a black alternate with shadowbox numbers and snakeskin print on the exterior contrasted by its black interior. There are 16 stars on the side panels to represent each of the Lakers’ 16 championships.

The jersey also features a scoop neck from L.A.’s Showtime era jerseys. Each jersey retails for $120.

The 5x Champ colorway is inspired by the championship-themed jackets that were gifted to Bryant after his second and third titles. The sneaker is detailed in a purple patent leather upper with black and gold accents. L.A. is printed on the insole alongside a five-star graphic.

The Kobe Lakers City Edition jersey differs from the original release as it will feature both of Bryant’s numbers with a No. 8 on the front and a No. 24 on the back.

This isn’t the first time that Nike has celebrated Kobe Bryant’s legacy. Early in August, the footwear giant announced their plans to introduce “Mamba Week,” a new initiative in honor of Bryant with a seven-day event filled with programming and retail launches inspired by Bryant’s career and life.

In addition to product releases, the week honors Bryant’s legacy of “Mamba Mentality” with a $1 million donation to the Mamba and Mambacita Sports Foundation, an organization Bryant founded before he passed that has since been renamed to include Mambacita in the title in honor of his daughter Gianna who also died in the accident. The organization works to bring sports into all kids’ lives, despite gender or financial burdens, keeping them active and on a successful path.