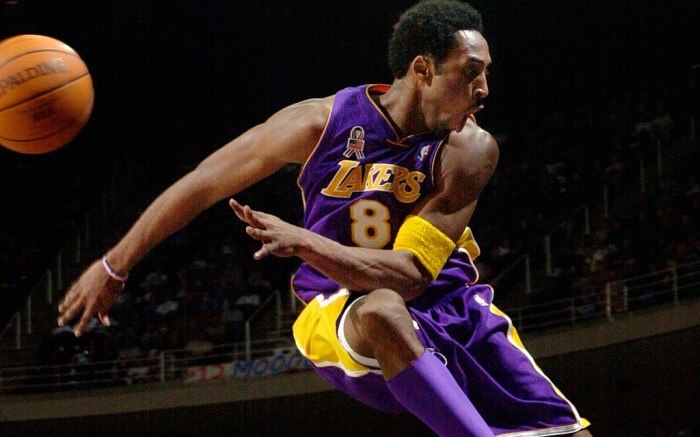 Sonny Vaccaro is responsible for some of the biggest sneaker deals that helped shape the industry as we know it today. Included in his most notable accomplishments was paying college coaches to have their teams wear Nike shoes in the ’80s and bringing Michael Jordan to the brand in 1984. He also signed a teenage Kobe Bryant, who went fresh out of high school and right into the NBA, to Adidas in 1996.

With Bryant’s tragic death in a California helicopter accident on Sunday, the former famed sports marketing executive spoke with FN about the life and accomplishments of Bryant. “This is the hardest question I’ve ever had to answer in my life because he was part of my life,” Vaccaro told FN, saying during the conversation that the baller was the “second escapade of his marching in an athlete.”

Speaking with FN, Vaccaro shares stories of a teenage Bryant and the baller’s impact on Adidas, and he explains why Bryant was the second coming of Jordan.

On the Greatness in Bryant That He Recognized Early

“The ABCD Camp was acknowledged as the top camp. [Kobe’s father] Joe comes to the camp — he lived in Philadelphia and it was in New Jersey — and he comes over to me and says, ‘Can you let my son come to camp?’ I hadn’t seen Joe since 1972 or [Kobe’s mother] Pam; I didn’t know they had a child. I didn’t know anything about Kobe Bryant, nor did the world because he was playing in Italy and was just going into his junior year at Lower Merion High School [in Ardmore, Pennsylvania,] when I met him. He comes in and plays at camp where we had eight future NBA All-Stars that year. Kobe comes in as this unknown player and he makes the junior all-star team. Kobe runs over to me and hugs me and says, ‘Thank you, Mr. Vaccaro for inviting me to ABCD. I’m sorry if I disappointed you.’ I said, ‘Kobe, you made the All-Star Team.’ If you made the team, that was a big thing. He said, ‘Next year I’m going to be the best player in camp.'”

On How Close He Was With the Bryant Family

“He lived on the same street as we did; I helped him find his house. He lived on top of [my wife] Pam and I in Calabasas [, Calif.]; we lived on Palisades Drive. Kobe lived on the top of the hill. The first home he bought for his parents was on top of Palisades Drive on the top of the hill. Pam and I lived on the street on the way up. We would go there and have dinner … with Kobe’s father and mother; we’d go to this Italian restaurant, this little Italian place. Anthony Hopkins lived over there. It’s a nice area. And [Kobe’s mother] Pam would make lunch or dinner — usually lunch — at the house, and I would see Kobe there.”

On Adidas Becoming Relevant in Basketball Thanks to Bryant

“We had some athletes, but Adidas wanted what Nike had started with Jordan. Nobody else wanted Kobe [aside from Adidas]. Nike was not involved because he was a high school kid. But I knew we wanted Kobe and we made him a hell of a deal. Kobe was, to me, our Michael Jordan at Adidas — but there was one difference. Nike already had a start in life and that start gave us the money to pay for Michael. We owned every college team, we had all four in the [NCAA] Final Four in ’83, we signed Michael in ’84. Nike made a niche. Nike was stable, and if Michael would have failed, Nike would have still continued. Twenty-two years later, Adidas didn’t have anybody, and we were betting all the money we had on Kobe, so we couldn’t miss on Kobe Bryant. We had to be right — and we were. Kobe started [with] Adidas. Because of Kobe, Adidas became a viable company.”

On Bryant Becoming the Next Jordan

“Someone had to take over for Michael Jordan. A couple of guys did some things like Grant Hill and made a lot of money [with Fila], but Kobe Bryant was the second Michael Jordan because he started another shoe company up, he started Adidas up. To me, he was the second most important guy because he gave life to the theory that an athlete can be the face of a company. Adidas had guys with shoes. They had Tim Duncan and this guy, that guy, but nobody resonated like Kobe. Kobe had iconic shoes.”

On Bryant’s Relationship with LeBron James

“Until LeBron [James] came around, ironically, nobody was that big. When Kobe signed with Adidas [until he left in 2002], I was always with him. I didn’t leave [Adidas] until they messed up with LeBron [in 2003]. If Adidas would have signed LeBron, I probably wouldn’t have left. When they screwed up with LeBron, I left—when they didn’t give him the $100 million. I told LeBron that Adidas was going to give him a $100 million deal, and when he got there, Adidas reneged on the deal. I didn’t resign that day, but I knew I was leaving. But Kobe allowed LeBron to exist because Kobe is the one LeBron identified with, much more than Michael. LeBron knew what Michael did. Everybody knows that, but Kobe was more logical to be the idol for LeBron. We had Kobe help us recruit LeBron. Kobe spoke at ABCD Camp when LeBron was a player there.”