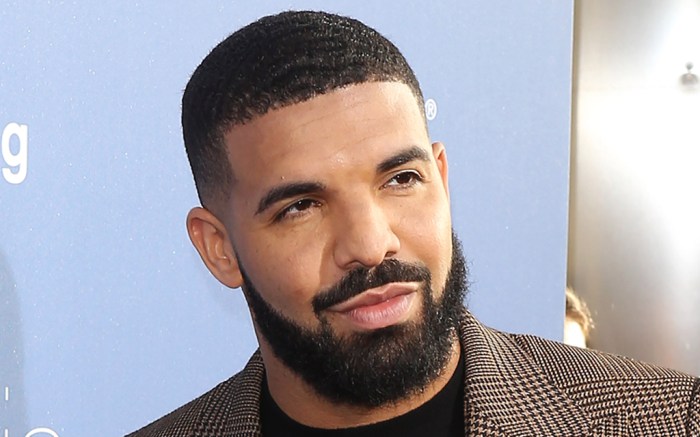 After weeks of rumors and speculations, Drake teased proof that he is working with Nike for a special project.

The “God’s Plan” rapper took to Instagram Stories last week to reveal the first look at a collaboration between himself and the Swoosh brand in honor of his upcoming album, “Certified Lover Boy.” The rapper then reaffirmed the news last night by reposting a picture shared by a member of his October’s Very Own brand, captioned with the name of the album along with a glimpse at the socks.

The pairs come in both black and white and feature a bold red heart accented by the Nike logo. Additional images show a white ballcap from the capsule, adorned with a Swoosh as well as a lipstick mark on the brim.

Drake also reposted another piece of apparel on his Instagram Stories last night; the image appears to show a puffer jacket accented with the monogram for the album title, “CLB,” in a strong cursive font.

On Twitter, fans were also quick to notice another potential piece to the Drake x Nike puzzle from the rapper’s “Laugh Now Cry Later” featuring Lil Durk music video that released earlier this month. The Canadian native filmed the video on the Nike campus and, at one point, could be spotted in a quilted pink bomber jacket. Twitter users like Alchimist spotted that the jacket came adorned with not only a Nike swoosh but also a stitched heart detail, echoing the accents from his teased socks from the collab.

The new music video served as further evidence that a link between Nike and Drake could be in the works, following images that surfaced in June of a potential collaboration between the Swoosh line and the rapper’s October’s Very Own clothing brand. As seen on sneaker leak account @sSneakerheadz, the mock-up image shows a triple-white Air Force 1 silhouette stamped with OVO’s recognizable owl logo in gold foiling. The OVO x Air Force 1 Low is rumored to hit stores in 2021 though neither Nike nor Drake have announced any confirmation at the time of press.

An OVO x Air Force 1 Low is potentially on the way for 2021…⁶𓅓 👀 Stay tuned for more info. Via @sneakerfiles (Mock-up used for visual purposes only!)

Click through the gallery to see more of Drake’s shoe style over the years.